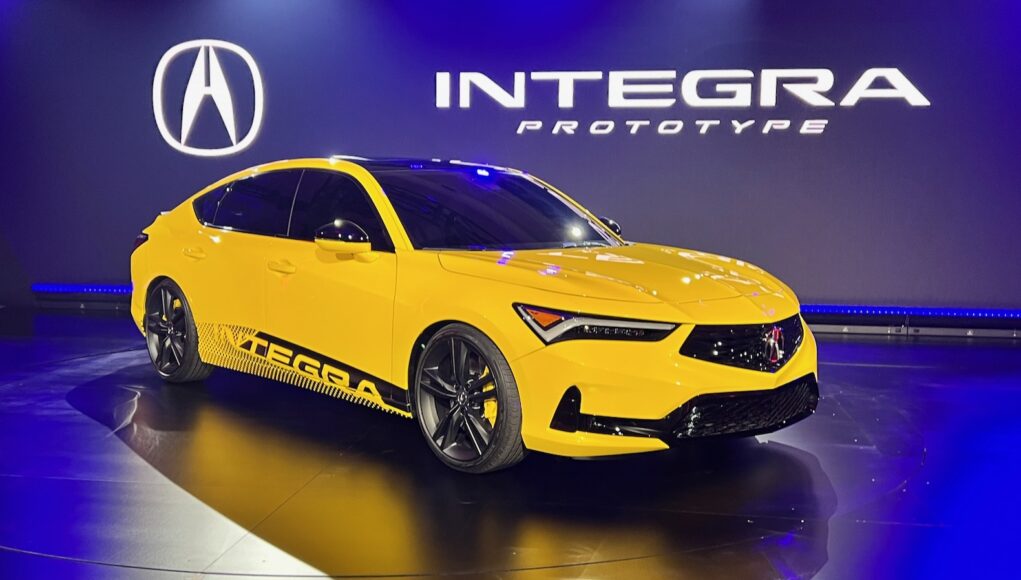 Acura still hasn’t unveiled the production version of the 2023 Integra, but it will start taking orders for the new Integra on Thursday, March 10. That means we should get more news soon, but in the meantime a new leak claims that the Integra will come standard with a CVT.

When Acura unveiled the 2023 Integra prototype late last year, it announced that it will be powered by a turbocharged 1.5-liter four-cylinder and a six-speed manual transmission will be optional. Since Acura left out the details about the automatic transmission, there was some hope that the new Integra would get a 10-speed automatic instead of the CVT, to help differentiate it from the Civic. Well sadly that’s not the case.

A leak posted by the Integra Talk forums shows that the 2023 Integra will come standard with a CVT. The only version available with the six-speed manual will be the top of the line A-Spec Tech trim level. That means the base and A-Spec trim levels are only available with the CVT.

When the Integra arrives it will officially replace the ILX, which is going to disappear after the 2022 model year.