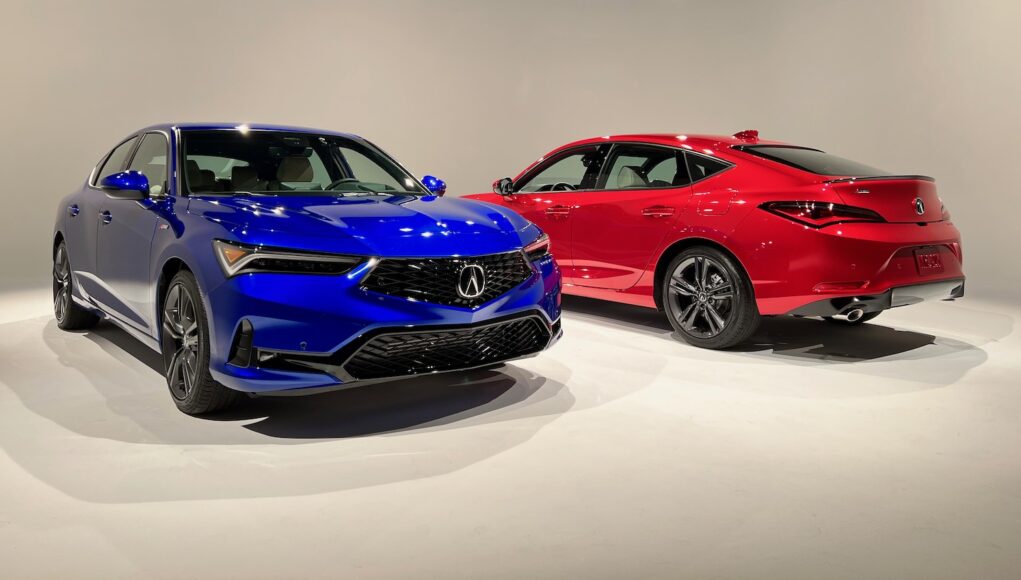 Acura has unveiled the 2023 Acura Integra, which brings back the iconic name that left us two decades ago. The Integra was replaced by the RSX and then the ILX, but neither of those models lived up to the standard set by the Integra. Now that it’s back, the big question is if the model we see here is worthy of the Integra badge.

We haven’t had a chance to drive it yet, but Acura did invite us out to spend some one on one time with the 2023 Integra. Where we got to discuss with Acura’s team why the Integra name has been revived and how the new Integra is a much more attention grabbing entry level model for the brand.

Just like before the new Integra is based on the same platform as the Civic. Integra fans have been very vocal about their wish that the Integra was more differentiated from the Civic, but we have to remember how good the latest Civic is. The good news is that neither model shares any sheetmetal and the only similarity other than what’s under the hood is that both models have the same wheelbase.

If you like the look of the latest TLX, then you’ll like what Acura has achieved with the new Integra. It’s a sleek, swoopy five-door hatchback, which tries hard to mask its more practical underpinnings. The Integra features a coupe-like profile and at the back there’s a versatile liftback. As expected, the Integra gets several Acura design cues, like the four JewelEye LED headlights and the Diamond Pentagon grille.

Under the hood, the Integra borrows its turbocharged 1.5-liter four-cylinder from the Civic Si. It generates the same 200 horsepower and 192 pound-feet of torque as its cousin. The big news here is that buyers get a choice of two transmissions, unlike the Civic Si, which only offers a six-speed manual. The Integra comes standard with a CVT, while the A-Spec trim level is available with a six-speed manual and a limited slip differential. We’ll have to wait until we drive it to see if the CVT sucks any fun out of the Integra.

If you’re wishing for more power, you’ll want to wait for the Integra Type S. Acura hasn’t released any details about the sportier version, but there are rumors that it will get the same turbocharged 2.0-liter four-cylinder as the Honda Civic Type R.

Acura says that it also made adjustments to the Integra’s chassis, which should help it stand out from the Civic Si. There’s an available Adaptive Damper System that adjusts the suspension based on which drive mode you are in (Comfort, Normal and Sport). The Integra is also stiffer than the Civic, which should make it more fun to drive.

Inside the Integra combines styling traits from the rest of the Acura lineup and the Civic. On the outside it’s not easy to tell that both models are closely related, but inside it’s more evident if you’ve familiarized yourself with the latest Civic. There are a few details that are similar, like the infotainment system (7- or 9-inch), which looks nearly identical to the Civic, but Acura changed the graphics to align it with the rest of the lineup. The standard 10.2-inch digital gauge cluster also has different graphics. The air vents are also hidden like in the Civic behind a screen, but the Civic gets a honeycomb design, while the Integra gets a diamond design for the vents.

Checking out the rest of the interior, the available microsuede front seats are comfortable and supportive. We do wish the rear seats also were available with the microsuede. Speaking of the rear, there’s plenty of legroom, but headroom is a big snug.

To help set it a class above the Civic, the Integra’s interior feels and looks far more luxurious. It also gets unique options, like an available 5.3-inch head-up display and a 16-speaker ELS Studio 3D audio system.

At the end of the day, the 2023 Integra is a major improvement over the outgoing ILX. It’s more stylish, its interior is more luxurious and the liftgate makes it more versatile.

The 2023 Acura Integra is slated to arrive this spring, but Acura has yet to announce the pricing, other than stating that it will start around $30,000. You can also reserve one now if you want to be one of the first to get the new Integra.