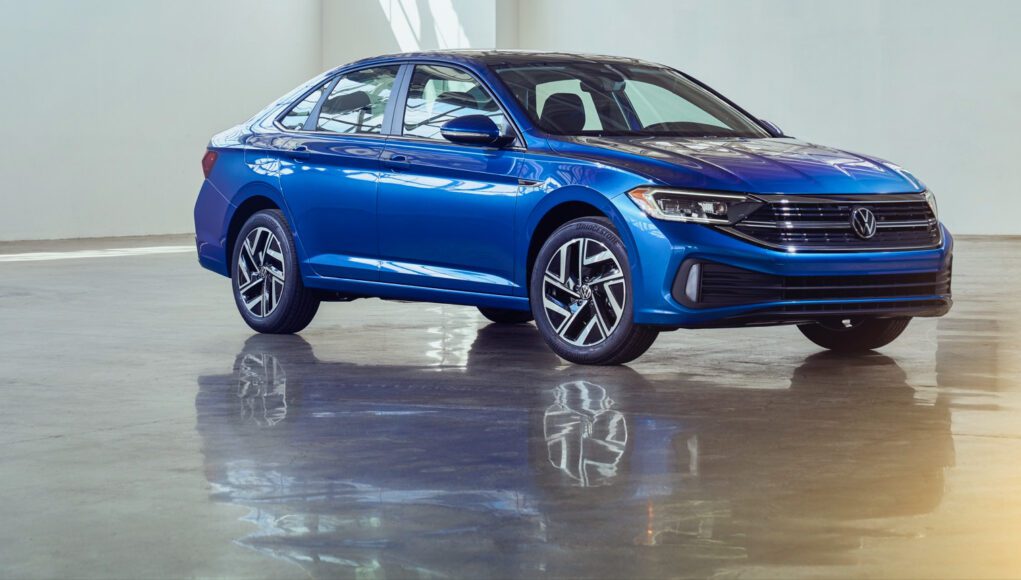 Volkswagen has unveiled the updates to the 2022 Jetta, which includes a facelift that freshens things up at the front and rear, plus the standard engine now has more power.

On the outside the 2022 VW Jetta gets new front and rear bumpers that add a bit more style to the compact sedan. The grille has also been restyled and there are three new colors: Rising Blue, Oryx White, and Kings Red. LED headlights and taillights are standard across the lineup and the updates are topped off with new wheel designs.

Inside the interior of the 2022 Jetta is pretty much the same, but there are some small changes. The Digital Cockpit is now standard and contrast stitching has been added to the doors and dash. It also gets a new steering wheel.

The base engine is now the same 1.5-liter engine that powers the Taos. It generates 158 horsepower and 184 pound-feet of torque and can be mated to either a six-speed manual or eight-speed automatic transmission. There’s a new Sport trim that replaces the R-Line, which adds a sportier suspension, XDS limited-slip differential and black trim.

If you want more power, the Jetta GLI is powered by a turbocharged 2.0-liter four-cylinder with 228 hp and 258 lb-ft. of torque. The Jetta GLI is available with either a six-speed manual or seven-speed dual-clutch automatic. The 2022 Jetta GLI is only available in one trim level: Autobahn.

VW has not announced the pricing for the 2022 Jetta, but it will go on sale later this year.