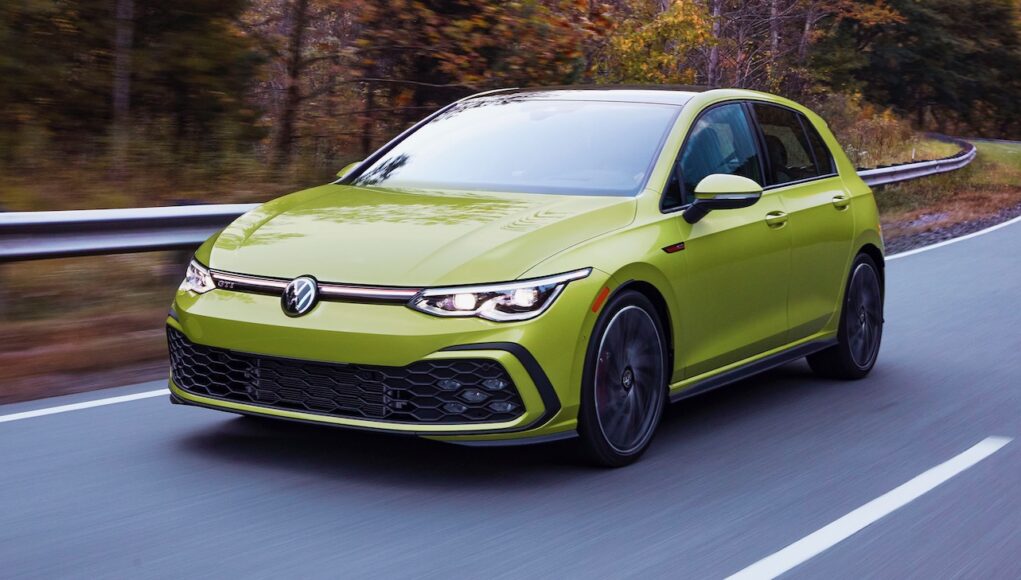 The Volkswagen Golf GTI has been the hot hatch to beat for generations. Competitors have tried to emulate the style, performance and value that makes the GTI so great, but few have ever succeeded. Now we have an all-new GTI, which amplifies what you expect from the GTI with its more stylish exterior, improved performance and elevated interior comfort.

For the eighth-generation Golf, Vw has decided to kill off the base model in the US, which means that the GTI is now the base model with the hotter Golf R still sitting at the top of the lineup. It’s also worth mentioning that the days of the internal combustion powered GTI are likely numbered, due to VW’s goals with electrified vehicles.

On the outside the 2022 GTI retains the same shape that we’ve gotten used to, but it’s stylish is more aggressive and bold than the last generation. If you liked the look of the last GTI, you should have no problem falling in love with the latest one.

Under the hood the new GTI gets an updated version of the familiar 2.0-liter turbocharged four-cylinder engine. It now generates 241 horsepower and 273 pound-feet of torque. That’s a nice increase of 13 hp and 15 lb-ft. The engine can be mated to either a six-speed manual or seven-speed dual-clutch transmission.

That’s enough power to get to accelerate from 0-60 mph in just over five seconds, which means that the new GTI is a bit faster than its predecessor. The GTI picks up speed fast with little turbo lag. Around town the engine is tame and efficient, but when you’re ready to pick up speed, the GTI is up for the task.

The engine is not the only thing that makes the GTI fun to drive, since its excellent chassis does a great job of limiting body roll. The suspension is firm, but not punishing. It also gets adjustable dampers and the brake feel is excellent.

With gas prices the way they are, fuel efficiency is more of a priority than ever before. The good news is that the GTI is rated at 25 mpg city, 34 mpg highway and 28 mpg combined with the automatic and 24/34/34 mpg with the manual transmission.

Inside the GTI’s interior is spacious and modern with two large screens on top of the dashboard. In front of the driver there’s the 10.3-inch digital gauge cluster, which sits next to a 10.0-inch touchscreen. Even the steering wheel gets some tech upgrades with its touch-sensitive controls.

On paper the GTI’s tech sounds great, but we can’t say we’re in love with it. The infotainment system isn’t as easy to use as the last one. The system can be a bit slow and it’s frustrating that you have to go through multiple screens just to make simple adjustments to the climate control system. The capacitive controls below the screen for the audio volume is also frustrating to use, making us wish there were simple knobs and buttons to operate many of the functions.

Practicality is king here with plenty of room for your friends in the second row. There’s also 19.9 cubic feet of cargo space, which increases to 34.5 cubic feet with the rear seats folded. This again classifies the GTI as the perfect car if you can only have one. It’s sporty and fun to drive, but also got enough space inside for a quick trip to Ikea.

The GTI has always managed to find the perfect balance between sportiness and practicality. That hasn’t changed with the 2022 GTI. It’s just as fun to drive as before, but now with more power and a more refined chassis. Yes we wish the interior tech was a bit better, but it’s easy to get over that once your having fun on the road. 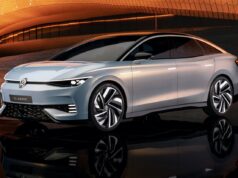 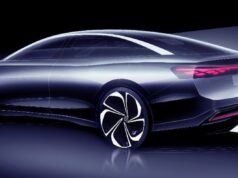 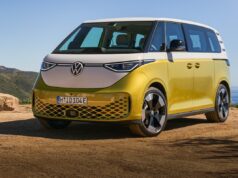