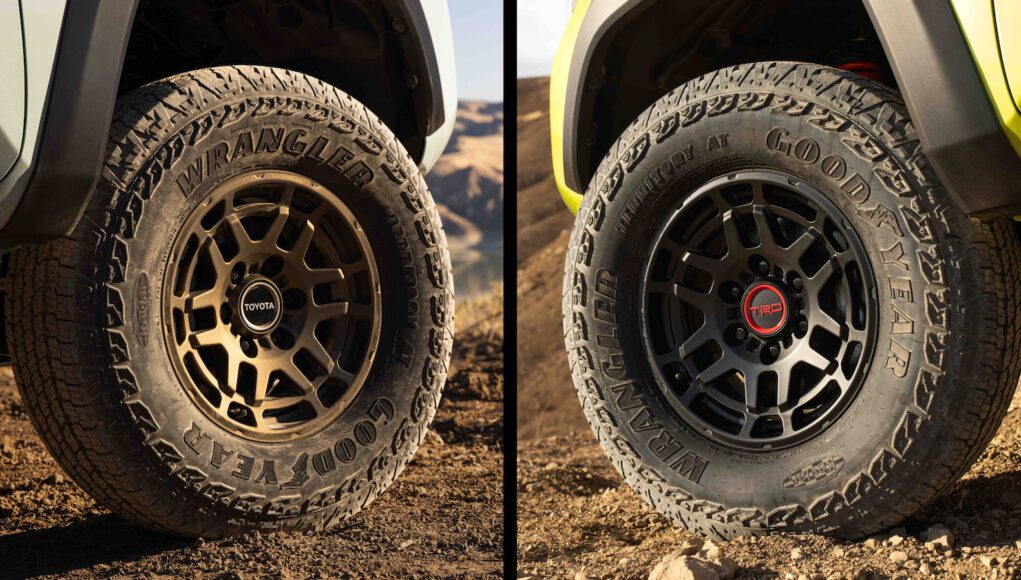 The Toyota Tacoma is already ready for an adventure if you choose the TRD Off-Road or TRD Pro versions, but now Toyota is adding two more “adventure-ready” trim levels to the 2022 Tacoma.

Toyota has released a teaser photo, which shows the wheels and tires that will be offered on the Tacoma’s new trim levels. We don’t know exactly what they will be called, but in March, Toyota trademarked the “Trailhunter” name, which could be used for one of these new trim levels.

Toyota hasn’t announced when the 2022 Tacoma will debut, so stay tuned.