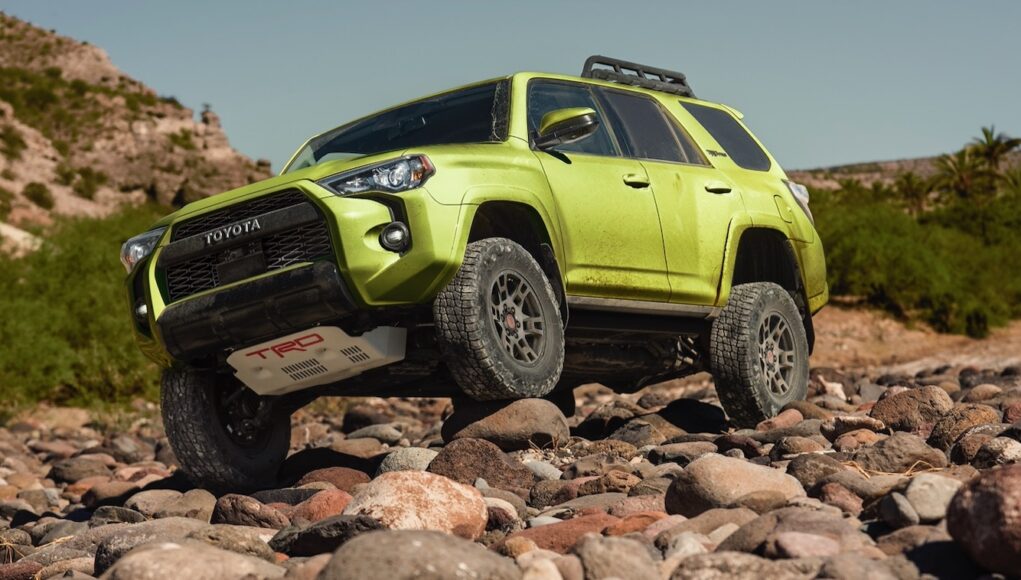 We still love the Toyota 4Runner even given the fact how long the current generation has been around. While we still have to wait a bit to get an all-new 4Runner, Toyota continues to update it. The 2022 4Runner is getting a few new features, a new TRD Sport trim and a new Lime Rush color for the TRD Pro.

The big news for the 2022 4Runner TRD Pro is the addition of the new color, which be another option besides Super White, Magnetic Gray Metallic and Midnight Black Metallic. The 4Runner TRD Pro also gets a multi-terrain monitor.

The new 4Runner TRD Sport is based on the SR5 trim level, but it’s a more street focused trim level. To improve its on-road handling, the TRD Sport gets a Cross-Linked Relative Absorber System (X-REAS) suspension. The system automatically adjusts the damping force of shock absorbers when driving over bumpy surfaces or when cornering. It also gets a center control absorber that cross-links the shock absorbers on opposite corners of the 4Runner, to help reduce pitch and yaw by offsetting opposing inputs.