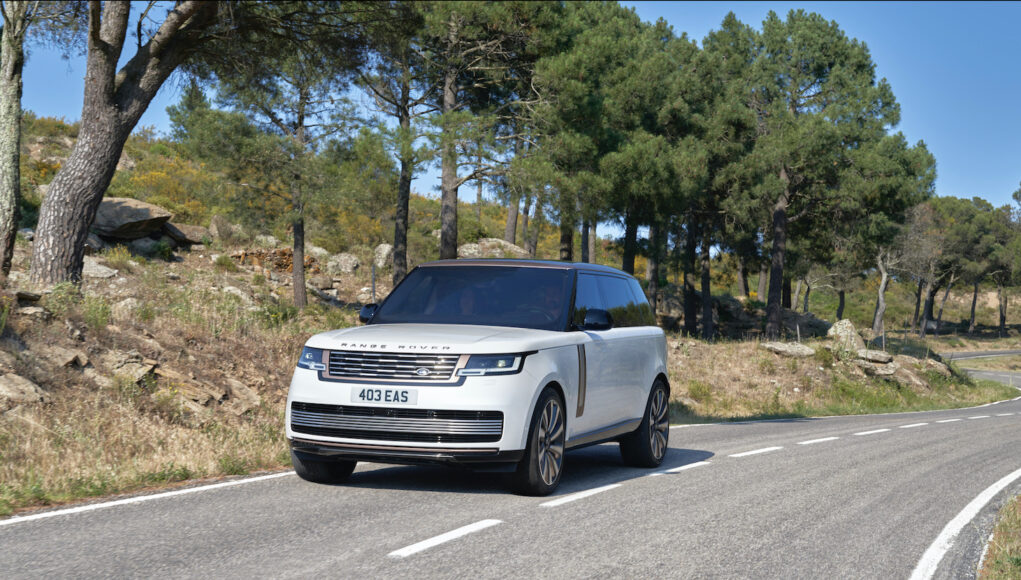 Land Rover says that the fifth generation Range Rover takes the brand’s “modernist design philosophy to the next level.” The biggest change you’ll notice is at the rear where the design is bigger departure. The new rear taillights look like simple black trim, but they illuminate. The new Range Rover is also longer with a three inch longer wheelbase, so it comes in at 199 inches. The long-wheelbase version measures an additional eight inches longer. Under that new skin, the Range Rover is now based on the MLA-Flex architecture.

Inside there’s a new 13.1-inch touchscreen with Jaguar Land Rover’s Pivi Pro system, which includes Amazon Alexa and wireless Apple CarPlay and Android Auto. In front of the driver there’s a new 13.7-inch digital instrument cluster. A 1600-watt Meridian sound system is standard on the Autobiography and First Edition models. There’s also a new cabin air purification system that can filter out SARS and Covid pathogens.

Getting in and out of the new Range Rover will also be a breeze thanks to its optional new Power Assisted Doors. For the first time the Range Rover is also available with three rows to give it room for seven passengers. For the ultimate luxury, there’s also a four-seat version.

Under the hood there are several inline-six and V8 engines to choose from. The base engine is the turbocharged 3.0-liter inline-six that’s mated to a 48-volt hybrid system. It generates 395 horsepower and 406 pound-feet of torque. If you want more power there’s the new 4.4-liter twin-turbo V8 that generates 523 hp and 553 lb-ft. For the 2023 model year a plug-in hybrid version will arrive with 434 hp and 516 lb-ft. and a 62 mile EV range. A fully electric Range Rover is coming in 2024.

Other updates under the skin include a new four-wheel steering system and the all-wheel drive system can now disconnect the front axle. The air suspension get new twin-valve dampers and electronic roll bars.