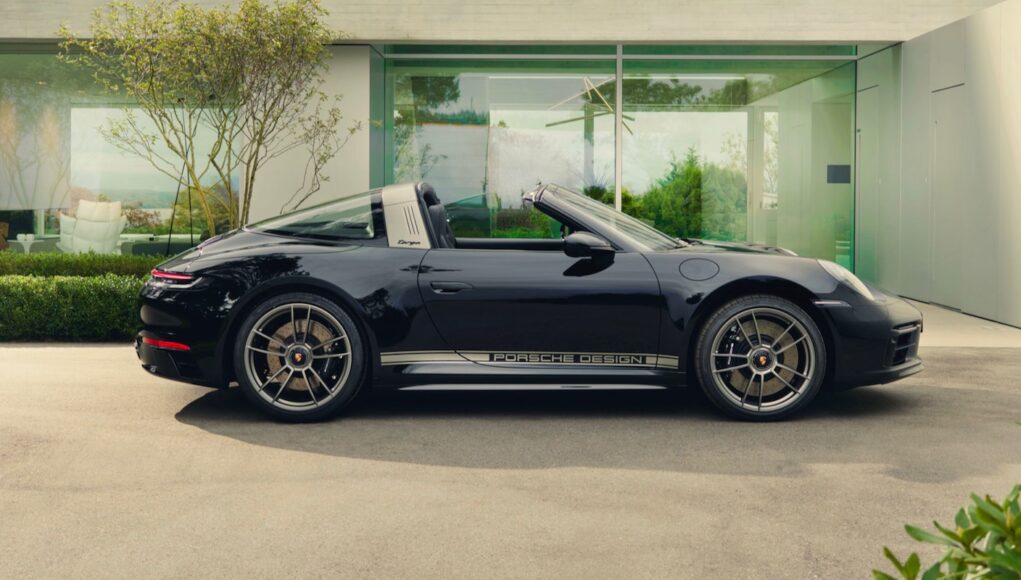 Porsche has unveiled a new special edition of the 2022 911, called the 911 Edition 50 Years Porsche Design. As its name suggests, it celebrates the 50th anniversary of the Porsche Design firm that was started by Ferdinand Porsche in 1972. It’s based on the 911 Targa 4 GTS and only 750 units will be built.

Porsche Design’s first model was the Chronograph 1, an all-black watch, which is why this special 911 is also painted in black. Other parts are finished in Satin Platinum, like the Targa bar, 911 Turbo S wheels and the “Porsche Design” logos on the doors. The brake calipers are painted in high gloss black and there’s a special “50 Years Porsche Design” badge on the engine grille.

Inside there are silver touches and a silver, numbered badge on the dashboard trim and the center console lid also features the signature of Ferdinand Alexander Porsche. The seats feature Sport-Tex centers with a checkered pattern in black and Cool Grey, while the headrests are embossed with the 50 Years Porsche Design logo.

The 2022 Porsche 911 Edition 50 Years Porsche Design starts at $197,200, including destination. Porsche has not announced how many units will be offered in the US, but the first deliveries are slated for this spring. Buyers will also get an updated version of the Chronograph 1 watch, which features Porsche’s current log and the back of the watch has a sapphire crystal case with a winding rotor.

Lastly Porsche is also releasing a new watch that looks like the original with a solid titanium back and the original Porsche Design logo. Only 500 of these watches will be made and cost $7,700 each.