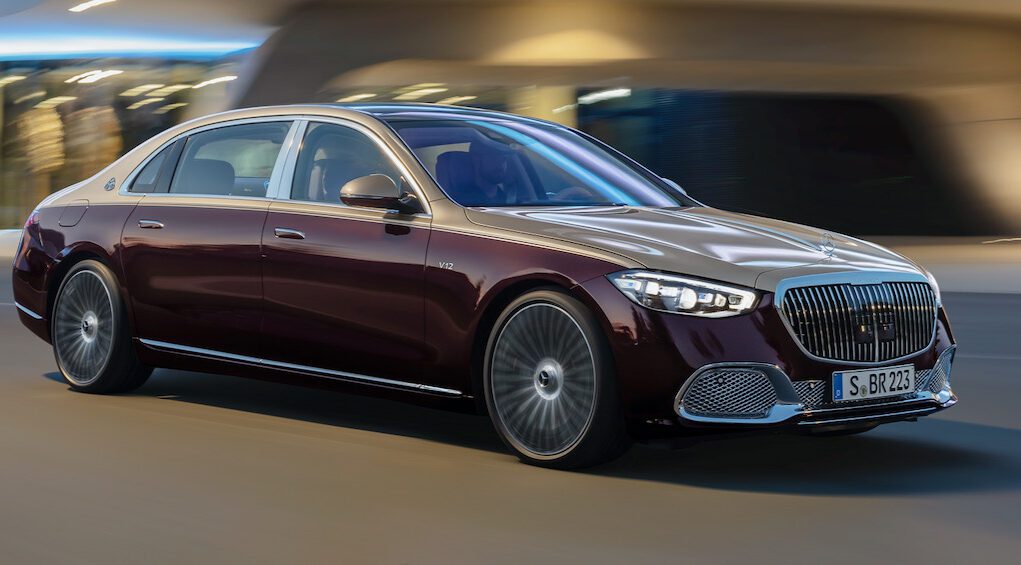 Mercedes has pulled the cover off the 2022 Mercedes-Maybach S 680, which is now the top dog in the S-Class lineup. The big news is that the S 680 is powered by a 6.0-liter twin-turbocharged V12.

The 12-cylinder engine generates 621 horsepower and 738 pound-feet of torque, just like it did in the last generation Mercedes-Maybach. The biggest change is that the V12 is now mated to the 4Matic all-wheel drive system, which splits the torque 69 percent to the rear and 31 percent to the front. Buyers can also add rear-axle steering and there’s a new Dynamic Select mode, which is supposed to smooth out the acceleration and ride.

Inside the interior is quieter than before thanks to active road noise compensation and the Burmester “4D” sound system that reduces noise as well. Getting in and out is as easy as pressing a button, since the doors are power operated. The seats can also be operated using hand gestures as well.

Mercedes has not announced the pricing for the Mercedes-Maybach S 680, but it will arrive in the first half of 2022.