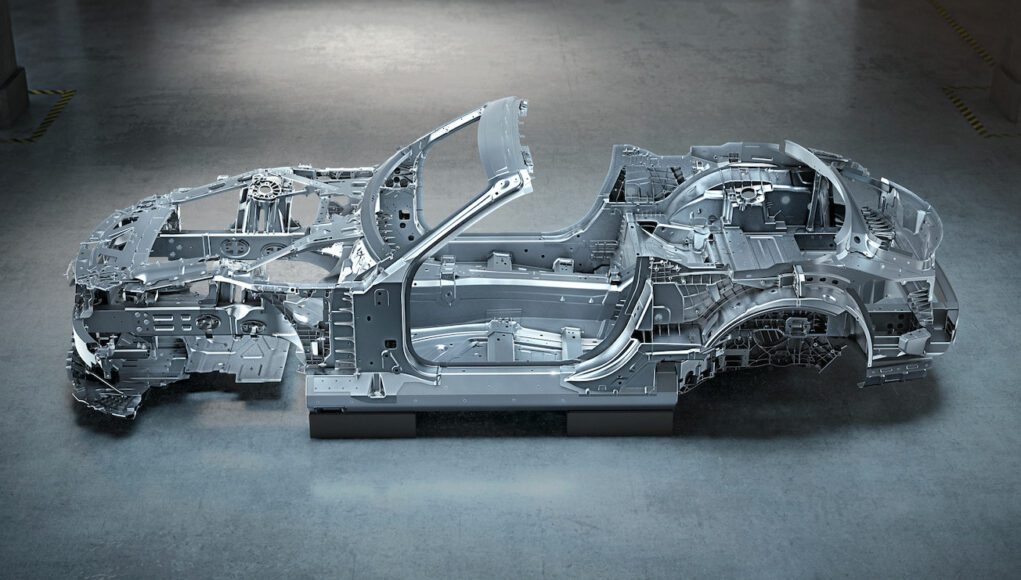 Mercedes-Benz is working on an all-new eighth-generation SL. Mercedes has released a few teaser photos of the 2022 SL and now it’s revealed that the new SL will be based on a new aluminum-intensive, space-frame platform. We also get our first look at what’s under the skin.

The new SL will have a 2+2 layout and combined with its need to be able to accommodate a range of engines, it presented a challenge for the engineers. To maximize rigidity, the 2022 SL’s architecture uses a combination of aluminum, magnesium, steel and fiber composites.

Compared to the current SL, the torsional stiffness of the bodyshell structure increased by 18 percent. Plus, the transverse rigidity is 50 percent higher than that of the AMG GT Roadster, while the longitudinal rigidity is 40 percent higher.

Mercedes also says that one of its main priorities with the new SL was to lower the center of gravity.