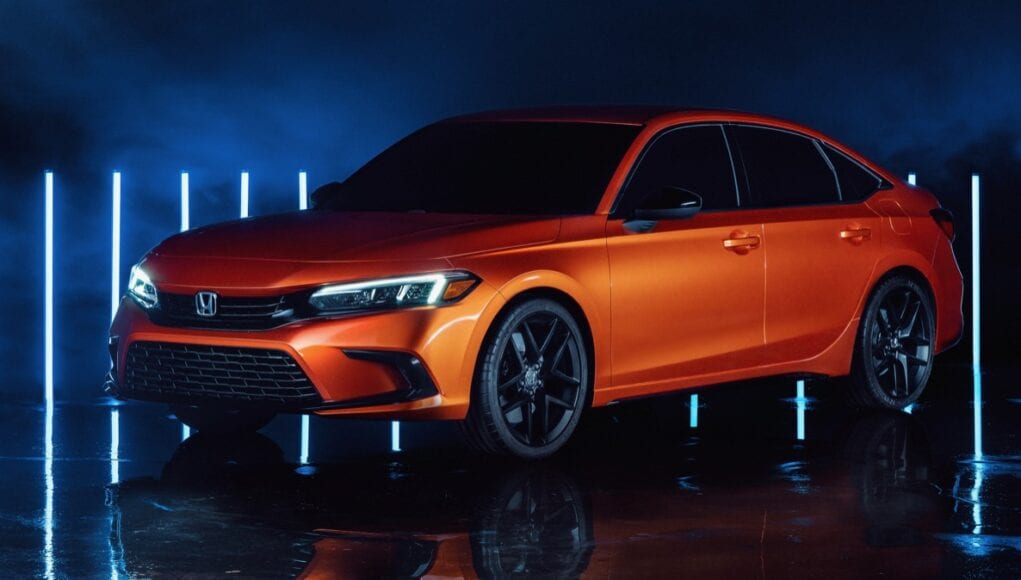 The 11th generation Honda Civic is scheduled to arrive next spring and now Honda has given us our first preview of the 2022 Civic with the debut of the Civic Prototype. Just like other Honda prototypes, the production version will be nearly identical.

The 11th generation builds on the success of the last generation Civic with a modified platform and it’s bigger than too. It’s been stretched a bit with a wheelbase that is about an inch longer than the last Civic.

The current Civic has been criticized for being overstyled and now Honda has gone back to the basics with a design theme that is “thin and light” with a low hood and front fenders, and a low horizontal beltline just like Civic models from the past.

Honda also says that it changed the Civic’s upper body design to maximize visibility, including moving the front roof pillars rearward and relocating the side mirrors to the doors. With its pushed back A-pillar and shorter overhangs, the new Civic looks great. In many areas you’ll also see that it borrows some styling cues from the Accord.

Honda has only released a sketch of the 2022 Civic’s interior, but we can see that it will have a clean, minimalistic design. There’s also a 9-inch touchscreen on top of the dash, which will be a major improvement over the current Civic’s infotainment system. In front of the driver, there’s also a digital gauge cluster.

We will have to wait and see what powers the new Civic. The 2022 Civic sedan will be the first version to arrive, which will then be followed by the new hatchback and the Si and Type R.