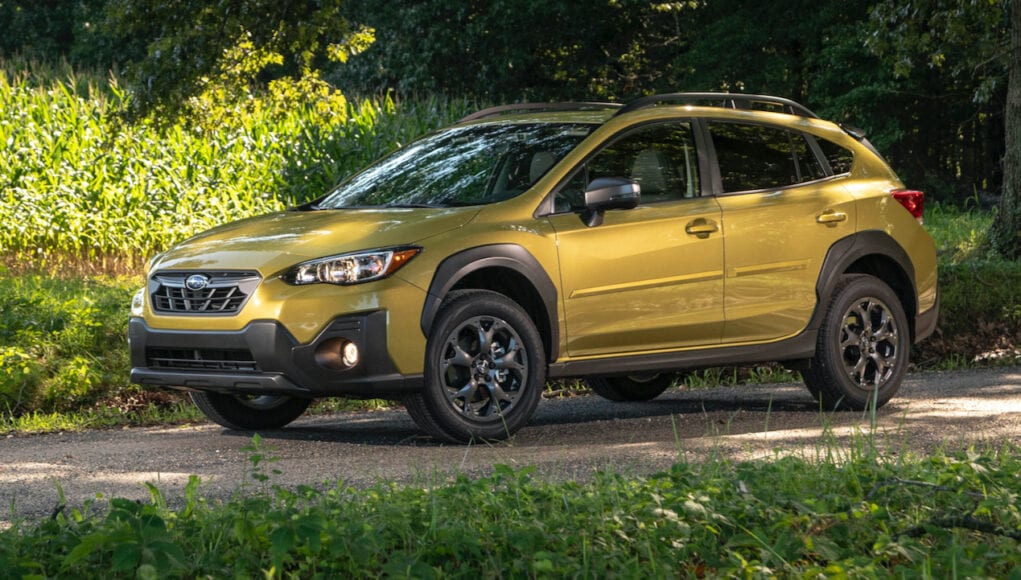 We’ve always loved the Subaru Crosstrek, which has been one of the best small crossovers in its segment, but there was also one thing we wished that Subaru would address – its engine. The Crossrek has always appealed to buyers that wanted a small crossover (aka lifted wagon), with lots of features and an easy to swallow price, but no one has ever said that it was sporty.

With a 2.0-liter flat-four under the hood, 152 horsepower and 145 pound-feet of torque isn’t very much power to get the Crosstrek moving down the road. Well Subaru has finally addressed our concerns with the 2021 Crosstrek, which is now available with a new 2.5-liter flat-four, that’s borrowed from the Forester, Legacy and Outback.

The new engine doesn’t turn the Crosstrek into a performance crossover, but it gives the Crosstrek the power it needs to get around town easier with less drama. We do still wish that the Subaru gave the Crosstrek a bit more power than even the new 2.5-liter provides.

The 2.5-liter is only available with a continuously variable transmission, unlike the smaller engine which is available with a six-speed manual. We have mixed feelings about the CVT, since it is better than some rivals, but it’s simulated gear shifts feel a bit off.

Our other gripe is with the Crosstrek’s steering which has very little feedback, but it’s basically what you’d expect in this segment.

Inside the interior is spacious and comfortable. The front bucket seats are comfortable and there’s plenty of room in the backseat for taller riders. Getting in and out of the Crosstrek is easy too with the Crosstrek’s elevated seats. The layout of the dashboard is pretty simple with materials that are slightly better than some of the Crosstrek’s rivals. Although we do feel that the overall design does look a bit dated.

The infotainment system gets an 8-inch touchscreen on higher trim levels, while the cheaper versions get a smaller 6.5-inch display. Apple CarPlay and Android Auto are standard across the lineup and a Harman Kardon audio system is available.

At the end of the day, the 2021 Subaru Crosstrek is a great, rugged subcompact crossover. It’s car-based DNA gives it a nice carlike driving experience, but its high ground clearance makes it perfect for buyers that want a small crossover. On top of that, the new engine makes it even sweeter.