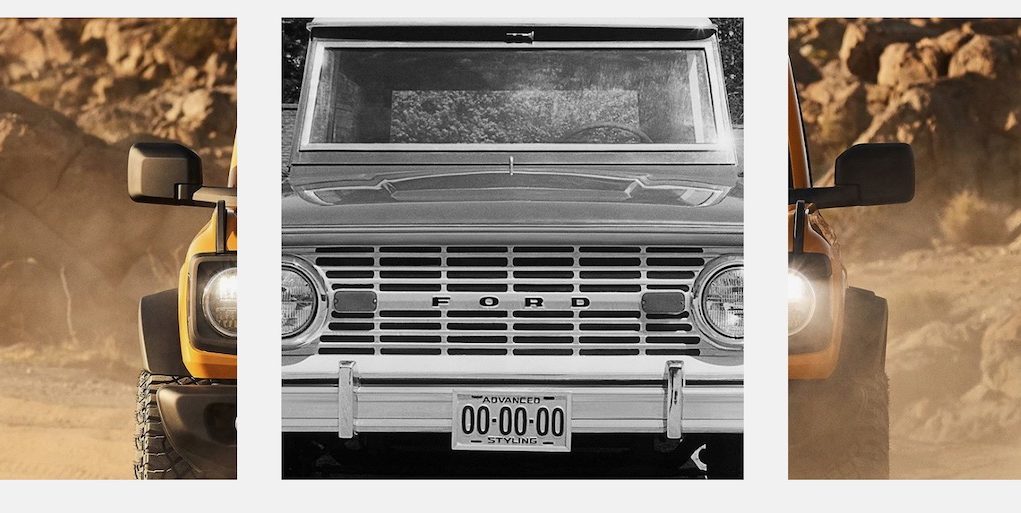 We’re finally going to get to see the 2021 Ford Bronco on July 13, but since we’re still about two weeks from its debut, Ford has started to release some teasers. Today Ford released the clearest teasers yet of the new Bronco on Instagram.

The teasers give us a preview of the 2021 Bronco’s face, including its round headlights and fenders. We can also see its meaty tires.

We still have to wait until next month to get all the details, but it has been reported that the standard Bronco will be powered a turbocharged 2.3-liter four-cylinder. If you want more power, the Bronco is also expected to offer at least one V6 option, which could either be the 2.7-liter V6 in the Ford Edge ST or the 3.0-liter V6 in the Explorer ST.

It’s also being reported that the 3.0-liter will likely be offered in the rumored Bronco Raptor. In the Explorer ST it generates 400 horsepower and 415 pound-feet of torque.