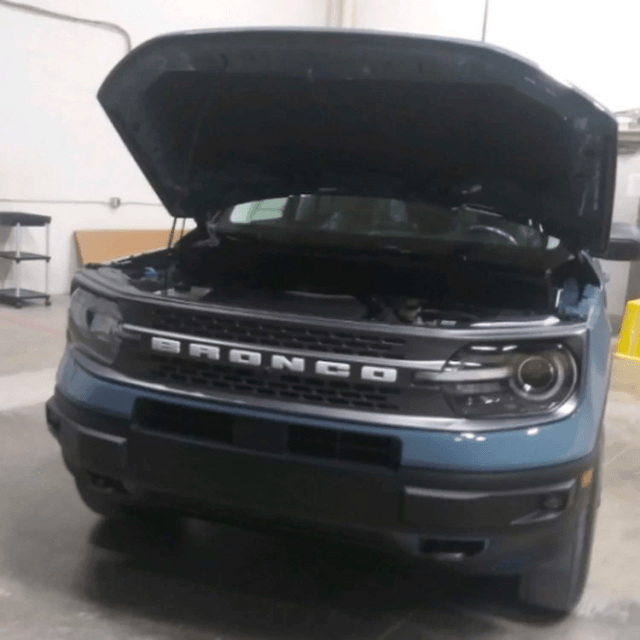 Ford is expected to unveil the highly anticipated 2021 Ford Bronco at some point this month, but Ford hasn’t announced when the “Baby Bronco”, which is now officially called the Bronco Sport, will debut. But the good news is that we now have some leaked photos of the 2021 Bronco Sport.

A forum member on the site FullSizeBronco came across some leaked photos of the 2021 Ford Bronco Sport, which gives us a really good look at Ford’s new rugged compact crossover.

It’s squared off looks are a nice contrast to the more car-like Escape, although both models are based on the same platform. The boxy exterior easily draws comparisons to the Jeep Renegade.

As of right now we don’t have any other big details about the 2021 Bronco Sport, so stay tuned.