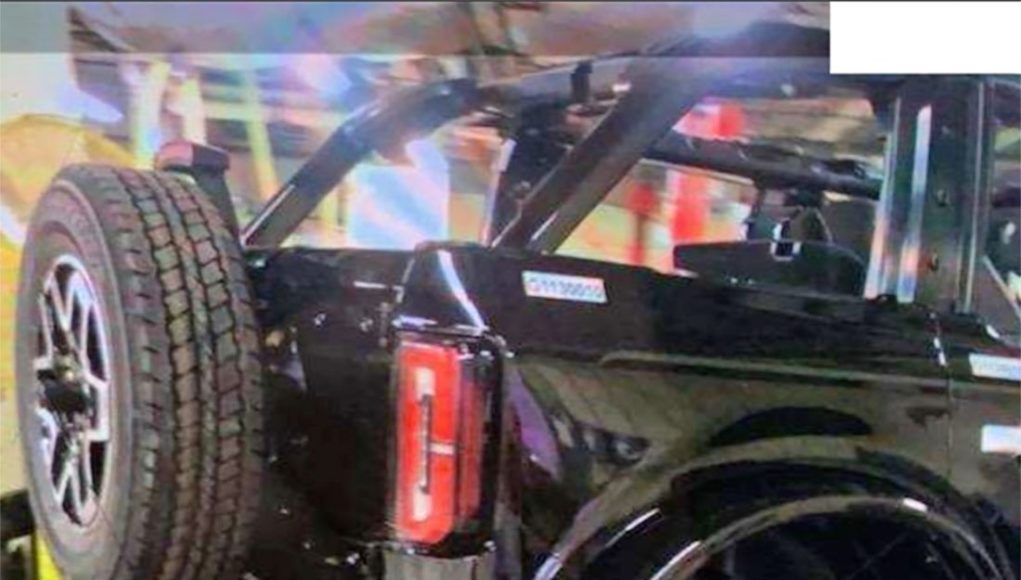 We’re getting close to the official reveal of the 2021 Ford Bronco, but today we have an official preview, since a few leaked photos of the new Bronco have surfaced online.

The photos were posted on the Bronco6G forums and shows off the rear of the 2021 Bronco with its roof off. The Bronco pictured here is also the four door version and we can see that the new Bronco will have a retro themed exterior with vertical taillights and large fender flares.

We also get a preview of the two door Bronco as well.

It’s expected that Ford is going to officially unveil the 2021 Bronco this month.