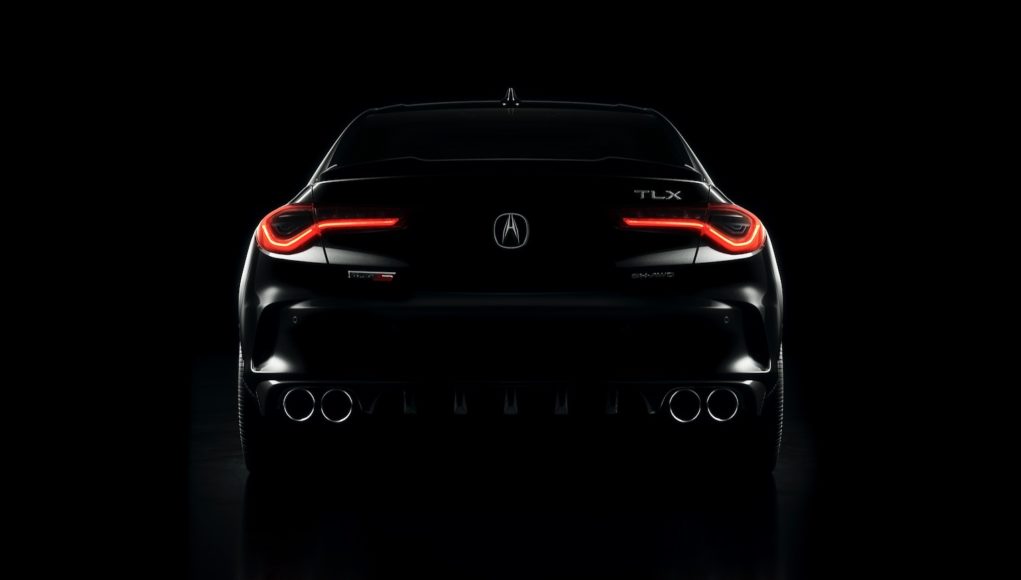 Finally! Acura has announced that it will reveal the 2021 Acura TLX and TLX Type S on May 28. Since we’re currently still in this lovely pandemic, the reveal of the new TLX will be digital, since Acura will release a short film of the new TLX on May 28 at 10:00 am PST.

The 2021 TLX takes styling cues from the Acura Precision concept and it was previewed last year with the Type S concept that debuted at Monterey Car Week. To get us ready for the debut of the 2021 TLX, Acura has released a single teaser photo, that shows off its rear end.

We are also excited to hear more about the high-performance TLX Type S, which will be powered by a new 3.0-liter twin-turbocharged V6. If you can’t wait to see the new TLX, patent photos of Acura’s new sedan leaked online earlier this month.