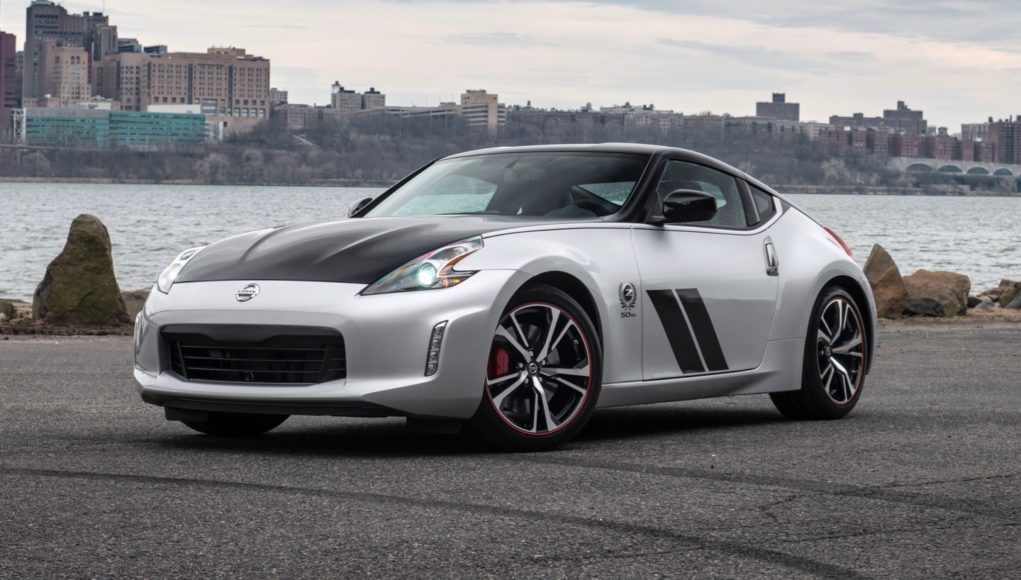 The 370Z 50th Anniversary Edition celebrates the five decades of the Z, which started with the 1970 240Z, which debuted in 1969. It’s offered exclusively on the 370Z Coupe Sport trim level for an extra $2,600. The 50th Anniversary Edition is available with either a 6-speed manual or7-speed automatic transmission. Its exterior pays tribute to the Brock Racing Enterprises (BRE) livery that adorned the BRE Datsun racers of the late 1960s and early 1970s . Buyers can choose between two exterior two-tone color options: White/Red or Silver/Black with bold door stripes.