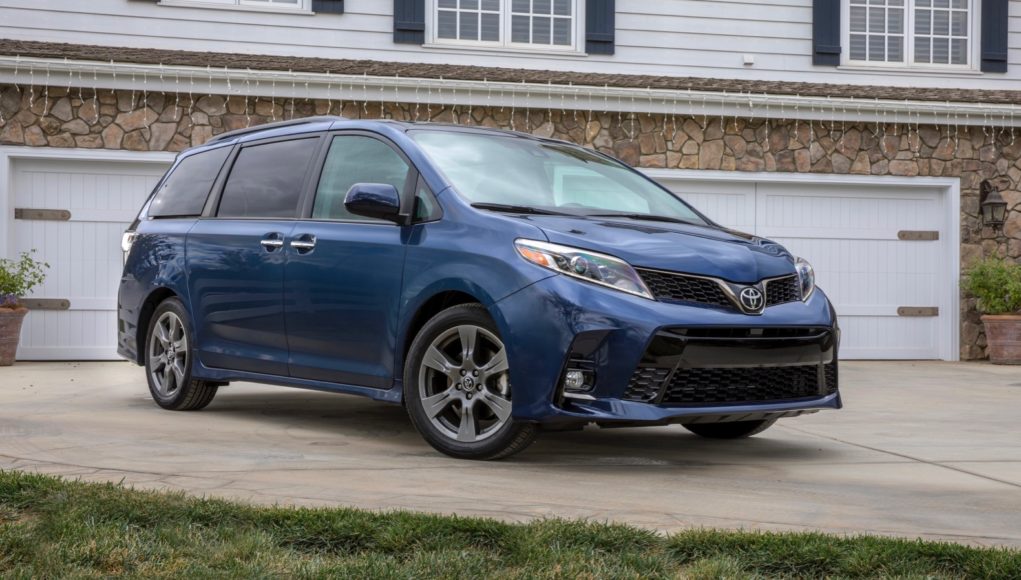 It’s been nine years since the current Toyota Sienna rolled into showrooms, but does that mean that it should be overlooked compared to its newer rivals, like the Chrysler Pacifica and Honda Odyssey? While the Sienna is showing its age, on paper it still offers some features that set it apart, like available all-wheel drive and almost 300 horsepower under the hood. Yes you read that right, the Sienna packs 296 horsepower, which is more than you’ll get with the Toyota’s SUVs, like the Highlander or 4Runner.

On the outside the Sienna’s styling is easily the most conservative in the segment, which is a good thing, since it’s aged well. The Pacifica still holds the title as the best looking minivan you can get right now, but the Sienna’s function over styling design approach works well, since a minivan is more about what’s inside than how it looks.

Once inside you’ll find room for up to eight passengers and the reason why a minivan is better than a three-row crossover is because all three rows of seats will easily fit your taller friends. The Sienna offers plenty of space no matter which seat you choose, but if you want more space, the Odyssey a few more inches for the second and third row passengers. Behind the third row there’s 39.1 cubic feet of space for your gear. The Sienna’s second row seats don’t fold into the floor like in the Pacifica, but they do slide forward and back.

While the Sienna does offer a spacious and comfortable interior, the interior is the easiest way to tell how old the current Sienna is. Toyota recently upgraded the infotainment system with Apple CarPlay and Amazon Alexa connectivity, but it’s accessed via an old looking seven-inch touchscreen. If you need Android Auto, you find it here. The center stack and gauges also look dated and some of the materials could be a bit better. If you want a more modern interior, you’ll want to check out the Pacifica or Odyssey. Some features, like ventilated seats and an integrated vacuum are also missing from the options list.

So how does it drive? The 3.5L V6 generates 296 horsepower and 263 lb-ft. of torque, which is more power than you’ll find under the hood of the Odyssey and Pacifica. The V6 is mated to an eight-speed automatic transmission and like we already mentioned, the Sienna is available with either front- or all-wheel drive. If all-wheel drive is a must, the Sienna is the only minivan that offers it.

With almost 300 horsepower under the hood, it’s easy to make the front wheels spin if you punch it too hard from a stop, but once you’re moving down the road we wouldn’t really call it fast or sporty. On the road the Sienna feels big and heavy, which isn’t helped by its lifeless steering. The transmission also prefers to stay in higher gears to boost the fuel economy specs, which is good, but it’s also a bit slow to downshift. If you want a slightly more lively driving experience you’ll want to go with the SE trim level, which has a sportier suspension and better steering.

While the 2019 Toyota Sienna does feel a bit aged compared to its rivals, it does offer some compelling features, like available all-wheel drive and the SE trim level, which is one of the sportiest looking minivans.