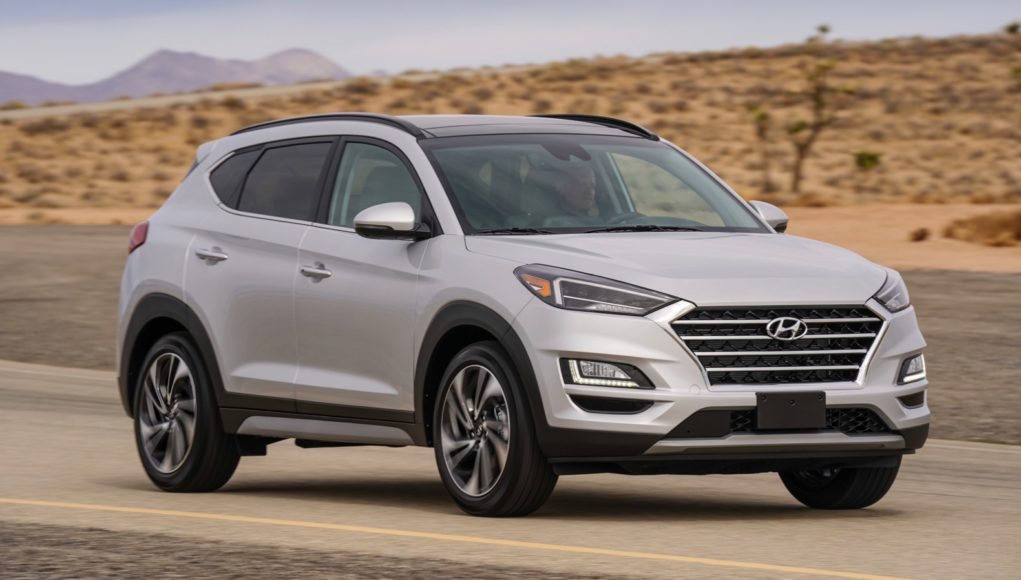 Hyundai’s crossover lineup is now one of the biggest in the industry with new entries, like the Kona, Palisade and even the upcoming Venue. While Hyundai has been adding to its crossover stable, that doesn’t mean that it’s ignored some of its heavy weights that helped get it where it is today. The Tucson has continued to rival popular compact crossovers, like the Honda CR-V and Toyota RAV4 for years and now it’s better than ever thanks to a mid-cycle refresh.

The 2019 Hyundai Tucson not only gets some styling updates, but it’s now available with more tech features. On the outside the biggest update you’ll notice is a new version of Hyundai’s Cascading grille, which gives it a slightly more grown up look than before. Other smaller changes include new lighting at the front and rear and fresh alloy wheel designs. Overall the 2019 Tucson has a more classic, sculpted look that the latest RAV4, although it’s not super exciting to look at.

Inside the biggest change is the redesigned center console that gets a new 8-inch touchscreen. The rest of the interior largely carries over, but it didn’t really need that much updating, since it’s covered in high quality materials. The Tucson’s interior feels more luxurious than you might expect, especially if you opt for the Ultimate trim level, which adds leather seats, wireless charging for your cell phone and even a heated steering wheel.

Moving down the road, the Tucson’s interior is quiet and comfortable. Your friends will easily enjoy any seat in the house. Keeping them entertained won’t be hard either since the Tucson also features Apple CarPlay and Android Auto connectivity.

Both the CR-V and RAV4 pack more horsepower under the hood. Around town the 2.4L does an adequate job of moving the Tucson down the road, but there isn’t much “sport” there to keep you excited. On the freeway it’s evident that the Tucson could use a bit more power.

The 2019 Tucson is offered in SE, Value, SEL, Sport, Limited, Night and Ultimate trim levels, with the base model starting at $24,245.

While its mid-cycle facelift does bring some welcome additions to the 2019 Tucson lineup, we’ll have to wait until the next-generation Tucson to see if Hyundai addresses some of the Tucson’s bigger shortcomings, like its cargo capacity and fuel economy specs.