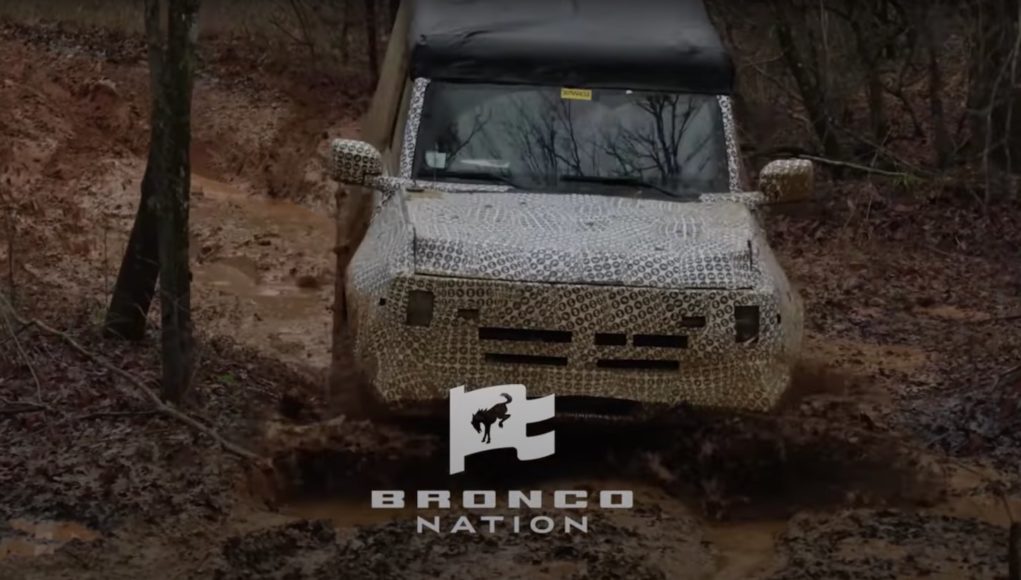 We’re still waiting for Ford to officially unveil the 2021 Ford Bronco, but if you can’t get enough of the new Bronco news, here’s a 46-second clip of Bronco prototypes tackling some muddy trails.

The clip comes to us from Bronco Nation, which is run by Jackson Dawson, one of Ford’s external marketing agencies, which explains why they have insider access to the new Bronco.

The video shows both the two-door and four-door Bronco prototypes hitting the wet trails. If you look closely you can see some neat tricks that the new Bronco will have up its sleeve, like when the four-door maneuvers around a tree, by locking its inside rear wheel, while the front wheels keep spinning to pull the SUV around it.

The move is something called “front dig” and it according to the Bronco6G forum, the rear locking feature is activated by a button on the Bronco’s dashboard.