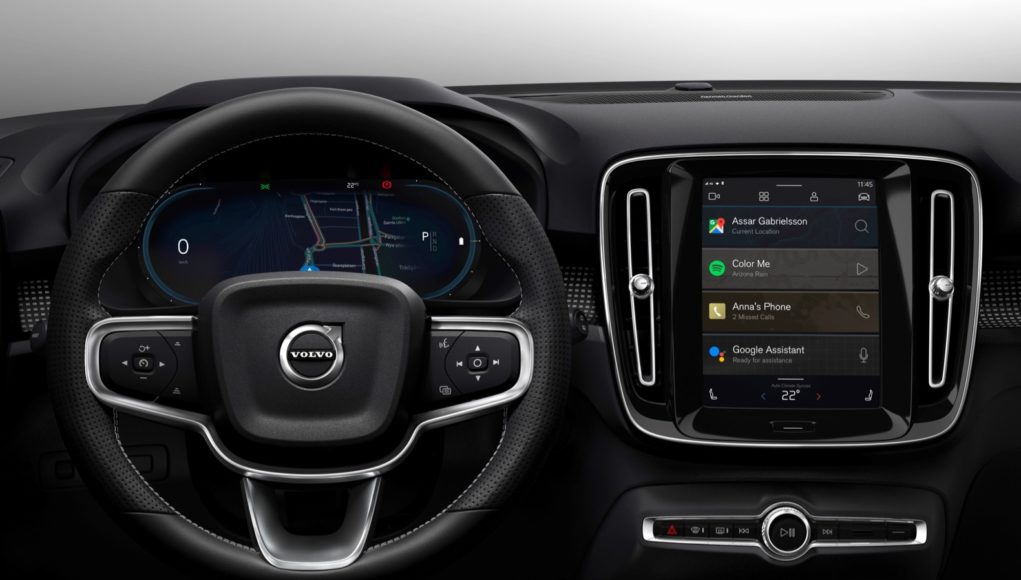 We’re going to see Volvo’s first electric car, the electric XC40 later this month, but Volvo has announced that when it arrives, it will be the first Volvo to get the brand’s new Android-powered infotainment system.

Volvo is the first company to partner with Google to integrate an infotainment system powered by Android, with the Google Assistant, Google Maps and the Google Play Store built-in. The new system fully integrates the Android Automotive OS, Google’s open-source Android platform, with real-time updates to services such as Google Maps, Google Assistant and automotive apps.

“We are finally giving you the same experience in your car that you’re used to on your phone, but adapted for safe interaction while driving,” says Henrik Green, Chief Technology Officer at Volvo Cars. “And by introducing over-the-air updates for everything from maintenance to completely new features, the car can stay as fresh as your other digital products, always with the latest and greatest features.”

The electric XC40 will also offer other features, like being able to pre-heat your car on a cold winter’s day, finding your car in a large parking lot, remote locking and unlocking and car sharing via a digital key.

Volvo will reveal the electric XC40 on October 16.

Volvo XC100 Recharge will be a flagship electric SUV