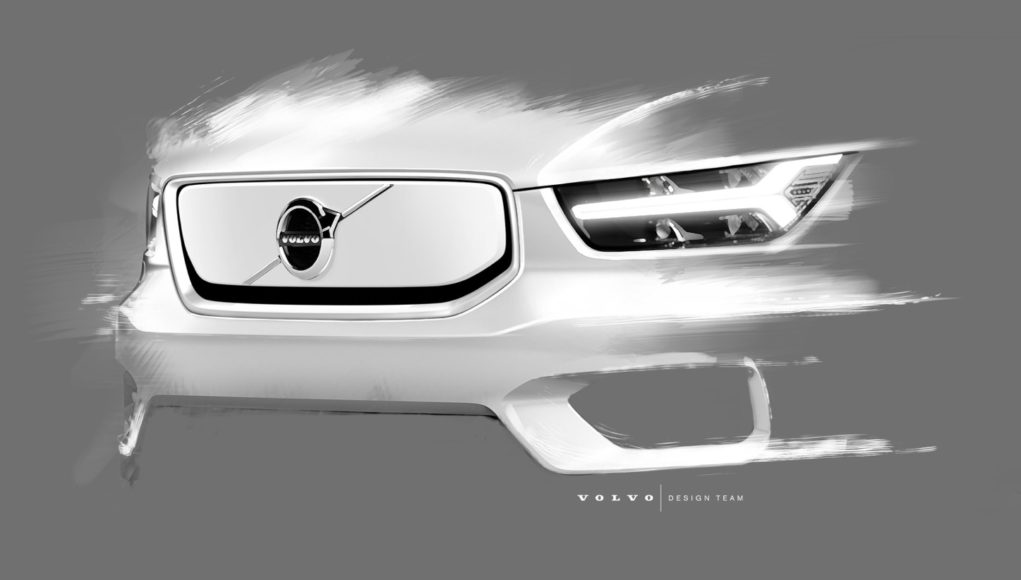 It’s almost time for Volvo to unveil its first electric car, the electric XC40 SUV, which is going to have its public debut on October 16. While we’re a few weeks away from its debut, Volvo has released a new batch of teaser sketches of the fully-electric XC40.

The electric XC40 will look nearly identical to the standard XC40, but since the electric motor doesn’t need a large grille or tailpipes, there are some small styling changes. At the front we can see that the XC40 EV features a body colored, covered grille, which also is home to the sensors for the new Advanced Driver Assistance Systems (ADAS) sensor platform. At the rear the bumper has also been restyled, since the tailpipes have been deleted.

We don’t have any photos of the electric XC40’s interior yet, but Volvo says that it features a new driver interface specifically designed for electric cars keeps drivers up to date on relevant information such as battery status. The interior’s carpet is also made of recycled materials.

Lastly the electric XC40 will be available in eight exterior colors, including a brand new Sage Green metallic. A contrasting black roof comes as standard and there are two new 19” and 20” wheel options.