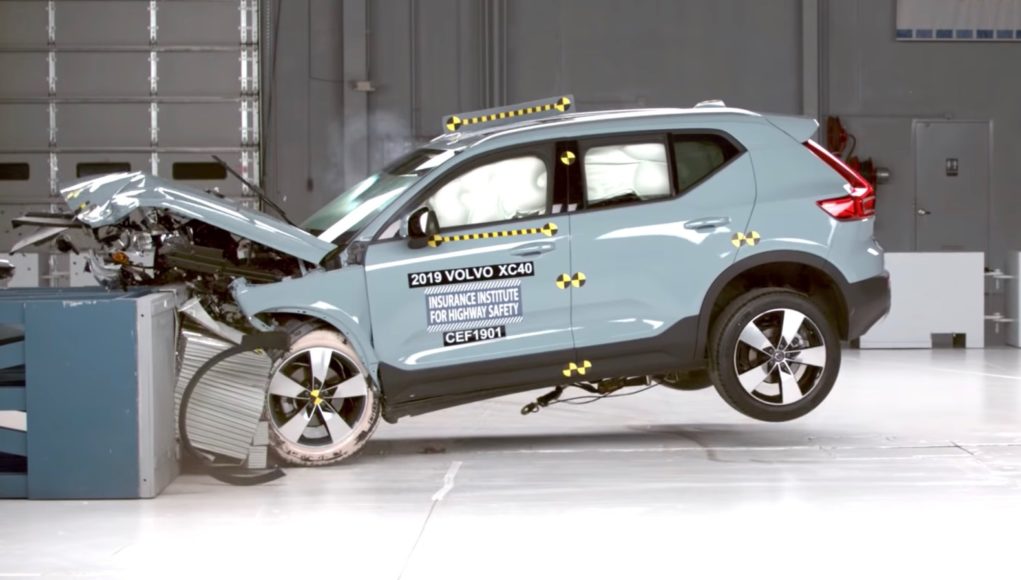 The Insurance Institute for Highway Safety (IIHS) has announced that the 2019 Volvo XC40 has received its highest rating – Top Safety Pick+. XC40 models equipped with the optional curve-adaptive headlights received the highest rating.

The IIHS also tested the larger 2019 Volvo XC60, but it only receives the slightly lower Top Safety Pick rating.

To receive the higher Top Safety Pick+ rating, the vehicle also has to receive a good passenger-side rating and a good headlight rating.

The XC40 earns a good rating for its curve-adaptive LED reflector headlights, which come with the optional Advanced package. Unfortunately the XC40’s base headlights earned a poor rating, due to excessive glare from the low beams.

The XC60’s optional curve-adaptive LED reflector headlights earned an acceptable rating, which is why it missed out on the Top Safety Pick+ rating. The IIHS says that the X60’s base headlights received a marginal rating because they provide inadequate visibility in multiple test scenarios.