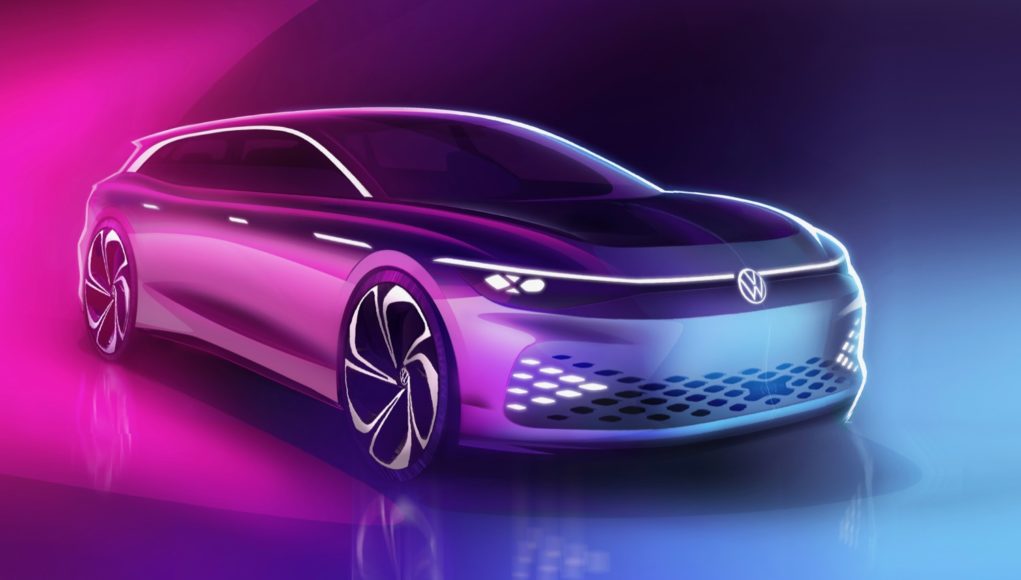 Volkswagen has announced that it is going to reveal a new electric concept later this month at the 2019 Los Angeles Auto Show. It’s called the ID. Space Vizzion concept and it’s a preview of a larger electric crossover that VW is planning to release in 2021.

The ID. Space Vizzion concept is the seventh ID. concept and is also based on the Volkswagen’s Modular Electric Drive Matrix (MEB). It’s been stretched a bit to maximize the interior space. The concept has a driving range up to 300 miles and inside the seats are wrapped in AppleSkin, a vegan alternative to leather.

“So far, with our ID. family, we have shown what is possible with electric vehicles in each known car category,” said Klaus Bischoff, Head of Volkswagen Design. “With the ID. Space Vizzion we create a new, fully electric segment.”