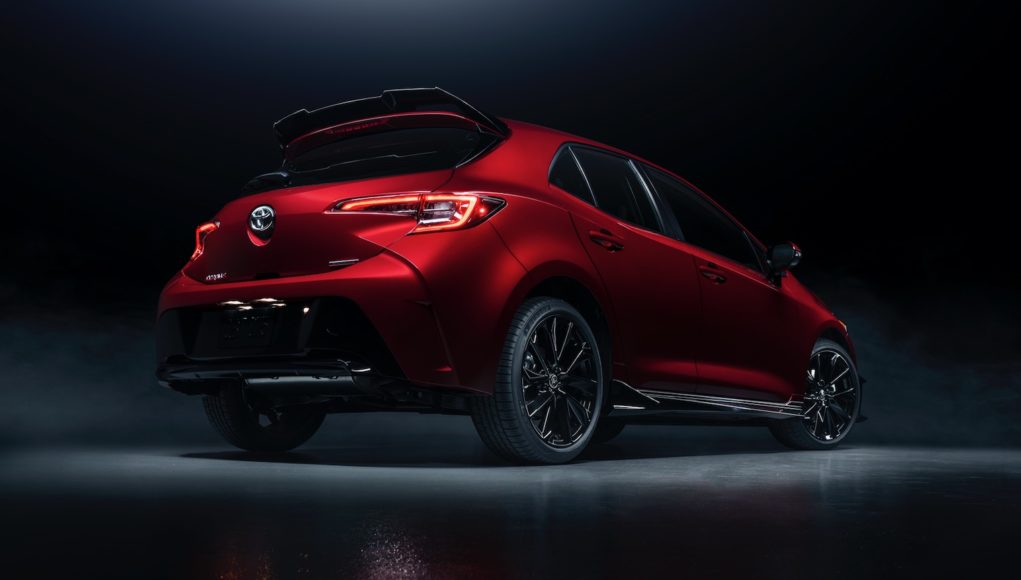 It’s been over a year since we’ve heard about the Toyota Corolla GR hot hatch. The last we heard was when Toyota stated that the special edition version of the hatchback “foreshadows even more excitement still to come in the hatchback segment …” Now a new report claims that the Corolla GR will arrive in late 2022.

Forbes is reporting that the Toyota Corolla GR will arrive late next year and it will reportedly be powered by the same 1.6-liter turbocharged three-cylinder engine and all-wheel drive powertrain that makes the European-spec GR Yaris so fun. The three-cylinder generates 257 horsepower and 266 pound-feet of torque. It has been rumored that the Corolla GR could have 296 hp, but we’ll have to wait and see.

The same report also claims that Toyota is working on a new hydrogen internal combustion engine, which is not like a traditional fuel cell. Instead the engine uses hydrogen for fuel. The Corolla is rumored to get the engine in 2023, which will also be offered in the next-generation Prius. The new Prius is reportedly going to arrive in December 2022.