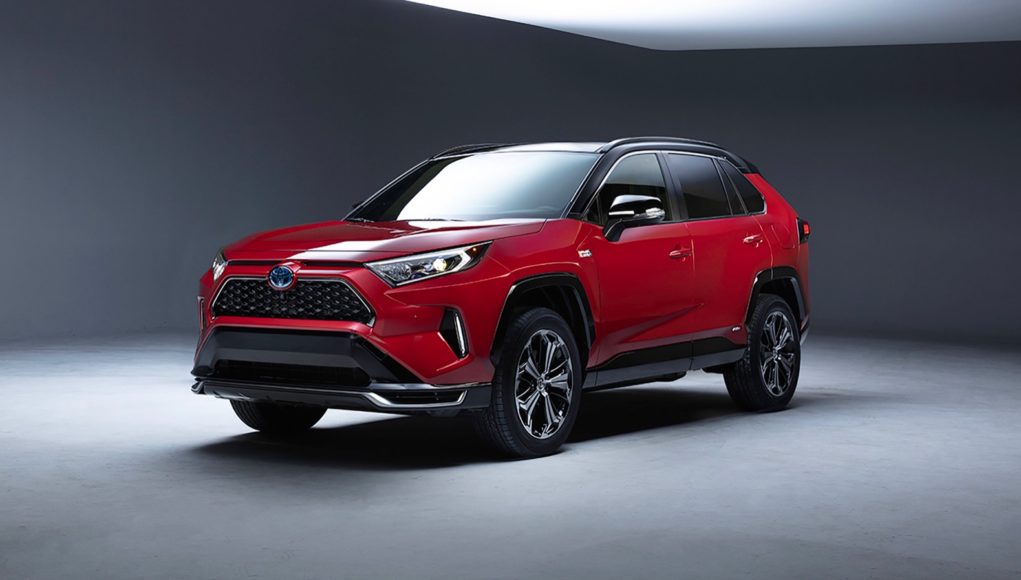 Honda may have recently unveiled the 2020 CR-V Hybrid, but Toyota has just upped the ante with the debut of the 2021 Toyota RAV4 Plug-in Hybrid. The 2021 RAV4 Plug-in is going to debut next month at the Los Angeles Auto Show.

Toyota hasn’t released any specs other than the single teaser photo of the RAV4 Plug-in, which also showcases a new color, Supersonic Red.