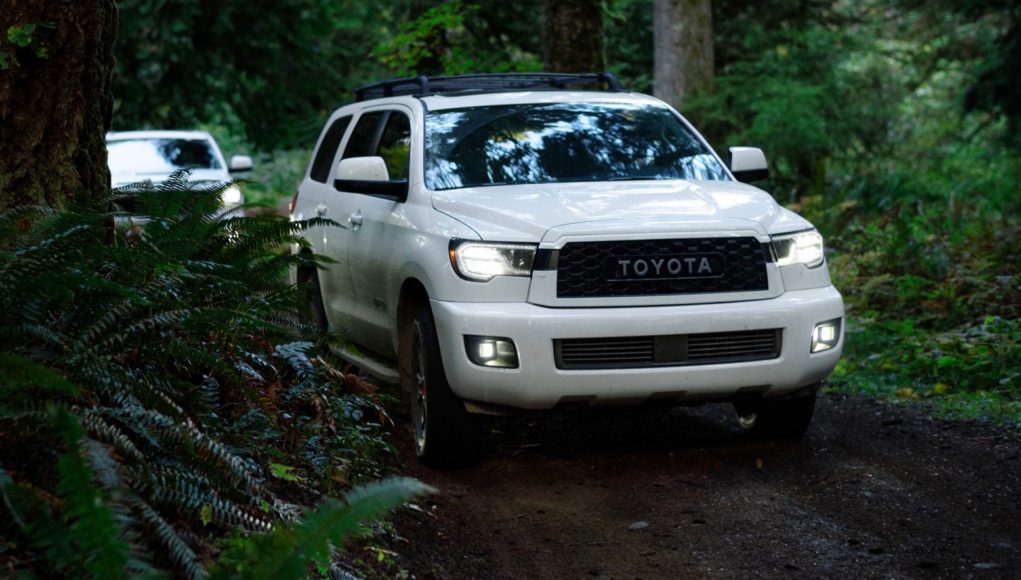 If you’ve been dying to take the whole family off-road, Toyota has the perfect SUV for you – the 2020 Toyota Sequoia TRD Pro. Just like the 4Runner TRD Pro and Tacoma TRD Pro, this special Sequoia is ready to tackle the terrain.

To get it ready for an off-road adventure, the Sequoia TRD Pro gets new Fox internal bypass shocks and a front skid plate. Toyota says that the tuning on the shocks is unique, and the front 2.5-inch Fox shocks on Sequoia include 7 compression zones and 2 rebound zones. The front shocks also provide an increase in rebound travel of 18mm. The rear suspension features 2-inch-diameter Fox piggyback monotube shocks that feature bottom-out-control technology.

Under the hood the Sequoia TRD Pro is powered by a 5.7L V8 that generates 381 horsepower and 401 lb.-ft. of torque. It’s mated to a 6-speed automatic and a Multi-Mode 4WD system.

Inside there’s room for seven passengers and just like the rest of the 2020 TRD Pro lineup, it features Android Auto, Apple CarPlay, and Amazon Alexa compatibility.