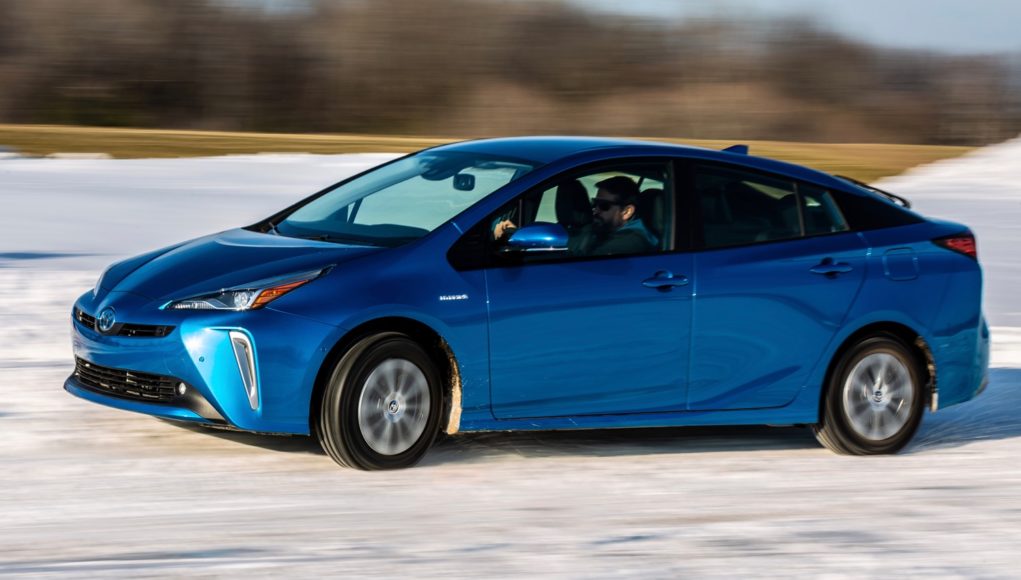 Up until now, if you’ve been in the market for a hybrid vehicle, but also need the extra capability that all-wheel drive provides, your options have been limited. Well the most well known hybrid, the Toyota Prius is now your answer. In addition to some styling updates, Toyota has also introduced a new all-wheel drive version of the 2019 Prius, called the Prius AWD-e.

Drivers won’t even notice when the electric motor is powering the rear wheels, since the transition is seamless. At speeds above 43 mph the Prius AWD-e stays in front-wheel drive mode. The only other change is that the all-wheel drive Prius uses a nickel-metal-hydride battery instead of a lithium-ion battery like the FWD Prius.

While the electric motor does enhance the Prius AWD-e’s driving capability, especially in bad weather, it does make it a bit less fuel efficient. The front-wheel drive Prius has a 52 mpg combined rating, while the all-wheel drive version is rated at 50 mpg combined. The extra weight of the electric motor is the main reason, since the Prius AWD-e weighs about 150 pounds more than the front-wheel drive version.

Around town the Prius AWD-e drives and feels nearly identical to the front-wheel drive version. The rear motor isn’t going to turn the Prius into an off-roading hybrid, but it does add some extra traction when you need it. This is mainly ideal when you’re trying to get the Prius moving from a stop when the roads are slick, making it the perfect hybrid for the Snow Belt.

In addition to introducing the new AWD version, the 2019 Prius also gets redesigned front and rear fascias, which make it look a little less ugly. The droopy headlights and taillights are gone and replaced by more conservative lights that are somewhat boring now, but less polarizing than before.

Inside the all-wheel drive Prius is pretty much the same as what you’ll get with the front-wheel drive Prius. The big ding is the lack of Apple CarPlay, which has been fixed for the 2020 Prius.

The all-wheel drive Prius now gives hybrid buyers another choice, since it provides all-wheel drive capability without a big compromise in fuel efficiency. This also gives the Prius a leg up over other rivals, like the Hyundai Ioniq. The good news is that the Prius AWD-e also only costs about $1,000 more than a comparable FWD Prius. It’s also around $2k cheaper than the Toyota’s other all-wheel drive hybrid, the RAV4 Hybrid.