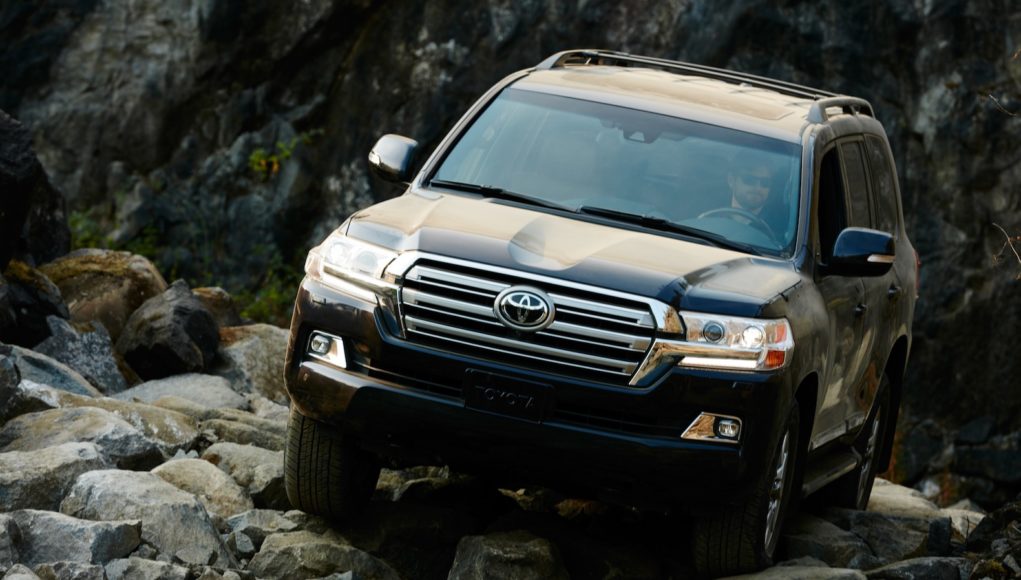 Today the market is filled with crossovers and SUVs, but one has been around for years, the iconic Toyota Land Cruiser. The Land Cruiser isn’t your run to the mall type of crossover and instead is designed from the ground up to be a true off-roader, which is why you’ll likely see one in the toughest terrain around the world.

The Land Cruiser may not sell in droves, since it’s Toyota’s slowest selling SUV with only 3,176 units sold this year through November. To compare, Toyota has already sold over 120k 4Runners and a whopping 400k RAV4s this year. But that doesn’t matter, the Land Cruiser is here for a serious off-roader, but unlike some other hardcore SUVs, the Land Cruiser is also packed with luxury features to make your trip to the top of the mountain comfortable.

The 2019 Land Cruiser marks the 12th year of the current generation, which also means that it is one of the oldest vehicles in Toyota’s lineup. The last time it received a refresh was in 2016, which brought a few updates, like an 8-speed automatic transmission and an updated infotainment system. Everything else has remained the same.

Under the hood you’ll find a 5.7-liter V8 with 381 horsepower and 401 lb-ft. of torque, which gives it a tow rating up to 8,100 pounds. Try that with a crossover… Unlike a crossover, the Land Cruiser is more like a truck with its body-on-frame chassis and solid rear axle. With a curb weight of 5,800 pounds and a massive V8, it’s no surprise that the Land Cruiser is rated at 13 mpg in the city and 17 mpg on the highway.

To help you get over the trails, the Land Cruiser also has a special full-time four-wheel drive system with five different settings: Rock, Rock & Dirt, Mogul, Loose Rock and Mud & Sand. Other cool features, are the Kinetic Dynamic Suspension System that automatically disconnects the sway bar and Crawl Control, which controls the throttle and braking at low speeds to let you focus on steering the Land Cruiser when off-road.

Tackling even the toughest trail is a breeze in the Land Cruiser, since it can easily out perform most other SUVs on the market. Simply select the setting that matches the terrain and you’re off. The cool “crawl” feature also takes the stress out of trying to navigate questionable spots.

Unfortunately that off-road prowess comes at a cost. On the paved road, the Land Cruiser isn’t the sportiest, since it’s light steering lacks feedback and its rugged suspension doesn’t really care for curves.

Once you move inside, the Land Cruiser greets you with eight seats that are wrapped in semi-aniline leather. The front two rows are where it’s at if you want comfort. The Land Cruiser can technically fit eight people, but the cramped third row is best left for the kids. In case you don’t need the third row, the third row seats are split 50/50 and can fold up against the sides to give you more room for your gear.

While some of the Land Cruiser’s interior materials feel luxurious, there are several other bits that don’t, which is a problem when you think of the $86,000 price tag.

There is also one area where the Land Cruiser is showing its age, its 9-inch infotainment system looks dated and doesn’t offer the latest features, like Apple Car Play or Android Auto. There’s also a small 4.2-inch screen in the gauge cluster, which can show you info like the tire pressure and navigation settings, but it too looks dated.

We applaud Toyota for keeping the Land Cruiser around for all these years, but we couldn’t help but wonder what the future holds for the icon. There have been conflicting reports about its demise in the US, but nothing is official. With a price tag inching closer and closer to the $100k mark, the Land Cruiser is battling several more luxurious choices, even its cousin, the Lexus LX.

Could there still be a future for the Land Cruiser? Yes, given the fact that there are a growing number of more adventure geared SUVs, but at this price point it’s a much harder sell. What would be really cool is if Toyota took the Land Cruiser back to its roots as a smaller, Jeep Wrangler rival. For now we can only dream.