Ever wonder how much it will cost to repair your car if it ever gets in a “small” fender bender? Even worse, ever wonder how much it costs to repair something like a Porsche? Well you’re in luck. One afternoon my 2017 Porsche 718 Boxster was not so lucky as a almost brand spanking new Honda Civic decided to jump in its path. Here’s how it happened, how long it took to get repaired and ultimately how much the other guy’s insurance had to pay.

Anyone that’s driven in Los Angeles knows how annoying the traffic is. It never ends! It’s stressful, tedious and a major bore. Because of this many drivers grow impatient and take chances, by cutting off other drivers, making quick turns or running red lights. In my case, the fabulous Honda Civic driver decided to make a left across three lanes of traffic, even when he couldn’t see if there were any cars coming in the furthest two lanes.

That’s where we met!

Mr. Civic driver made the left turn into a side street, but sadly he only managed to cross one of the three lanes before I collided with him. Luckily the Boxster’s excellent brakes managed to get me almost to a complete stop before we collided, but not completely. The front driver’s side of the beautiful Porsche kissed the front passenger side of the Civic.

After the driver finally admitted that he couldn’t see me before he made the turn, I surveyed the damage to both cars:

2017 Civic: Scratched bumper, but it actually didn’t look like it was dented. Kudos to Honda for making the 2017 Civic strong enough to stop a Porsche.

With the accident over, now onto the good part. Taking it to the body shop to find out what exactly got smashed and how long it will take to get my Porsche back.

Within a few hours of taking the Porsche to the body shop, the estimate came back at a whopping $21k! What exactly could cost $21k?

Throw in the other random bolts, kits, rivets, etc. and the estimated parts cost came to $12,790, while the labor would add another $8k to the final bill.

The body shop estimated that once they received all the parts, it would take 29 working days to repair the Boxster. What I didn’t know here was the biggest issue would be actually getting the parts.

Initially it was estimated that it would take up to 2 weeks to get the parts, since some of the parts were backordered, like the bumper cover. I estimated that I would get the Boxster back in about seven weeks. Well yeah I lost that bet.

Since Porsche doesn’t produce 40,000 Boxsters a month, there aren’t stockpiles of parts laying around. The backordered bumper was just the start. Apparently someone at Porsche couldn’t tell right from left, since they kept sending the wrong passenger side radiator, although my Boxster needed the driver’s side part.

By the time the body shop received all the parts and finished all of their repair work, the Boxster had been with them almost two months. Sadly I wish it was done at that point, but then it had to go to a local Porsche dealer to have the final tweaks to the cooling system and A/C. Who would have guessed that it would take the Porsche dealer in Downtown LA two weeks to do the last tweaks to my Boxster?

At the end of the whole ordeal it took the body shop and Porsche dealer 74 days and over $27k to bring my Boxster back to life. Somehow the bill managed to climb another $6k from the initial estimate. What was crazy is that the final repair cost, was actually more than the Civic cost that I collided with. But at the end of the day no one was hurt and my Porsche is back, looking just like it did the day I brought it home. 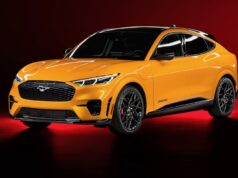 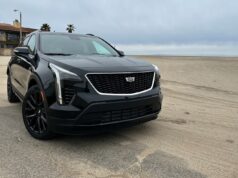