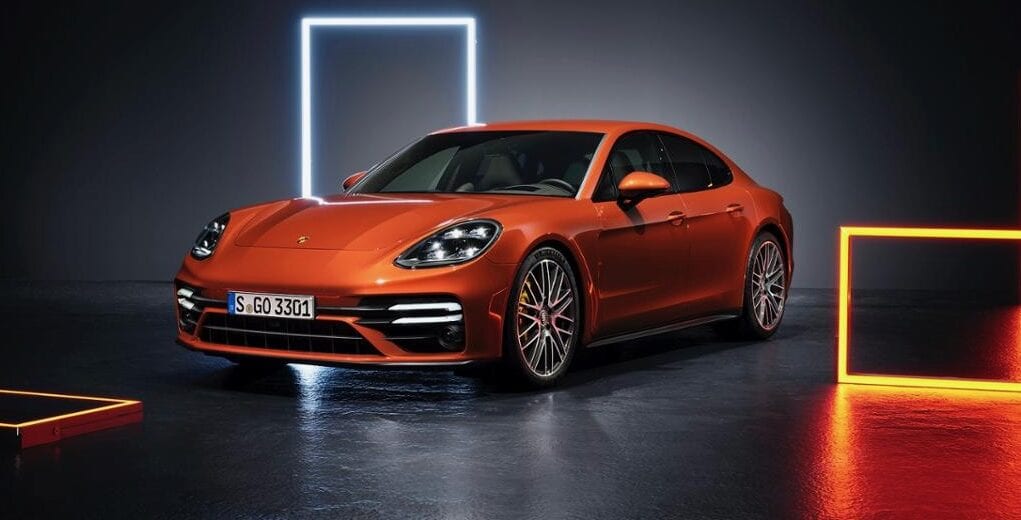 Porsche has officially unveiled the 2021 Porsche Panamera, which does get some small styling changes, but the bigger changes are under the hood.

If you want a greener option, there’s also a new plug-in hybrid version. The Panamera 4S E-Hybrid is powered by a 2.9-liter twin-turbo V6 and an electric motor to generate a combined 552 hp and 553 lb-ft. Porsche has also upgraded the batteries in the Panamera PHEV models, to a 17.9 kilowatt-hour battery compared to the old 14.1 kWh battery pack.

On the outside, the 2021 Panamera now comes standard with the SportDesign front fascia, while a new SportDesign package is optional. At the rear the biggest update is a new full-width LED light strip. The Panamera GTS gets some black accents and the Panamera Turbo S looks the part with its more aggressive front bumper with large air intakes.

The biggest tech update is that the Panamera now comes standard with lane-keeping assist with traffic sign recognition.