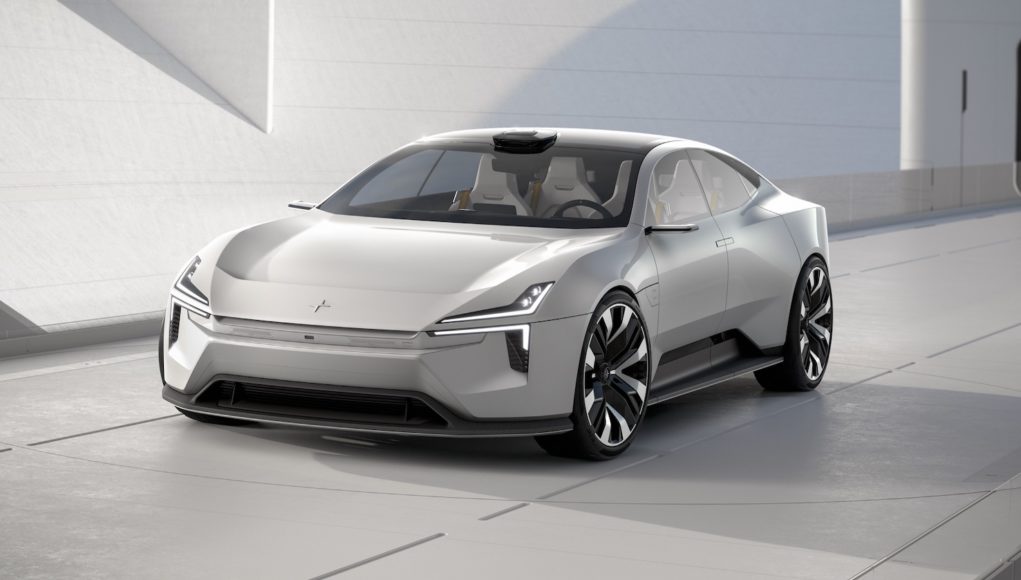 Polestar has so far only introduced the Polestar 1 and Polestar 2 electrified models, but it’s decided to give us a preview of its future with the debut of the Polestar Precept concept. The concept not only previews its future design language, but also gives us an early look at its future infotainment system and its more sustainable interior materials.

“The name “Precept” was chosen to emphasise the vehicle’s role in setting out Polestar’s intent as the contemporary electric performance brand.”

The Polestar Precept is a sleek four-door fastback with a sleeker exterior than the Polestar 2. Polestar calls the design language “minimalistic athleticism” and its long wheelbase gives it a low and sleek silhouette. At the front, the traditional grille has been replaced by a SmartZone, which is essentially a transparent panel that hides two radar sensors and a high definition camera. The panel is flanked by new Thor’s Hammer LED headlights.

Other unique exterior features, include an integrated front wing above the SmartZone which accelerates air flow over the hood, small cameras that replace traditional side mirrors and wide light-blade spans the entire width of the car that extend into vertical aero-wings.

Inside there are new sustainable materials like Bcomp’s flax-based composites for interior panels and seatbacks that are not only 50 percent lighter than conventional materials, but also reduce plastic waste by 80 percent. The seat surfaces are 3D-knitted from recycled PET bottles, bolsters and headrests are made from recycled cork vinyl, while carpets are made from reclaimed fishing nets.

The Precept concept also features a new infotainment system, that’s powered by Android. The system features a portrait-oriented 15-inch center touchscreen and a 12.5-inch driver display that are linked by an illuminated blade that encompasses the entire interior.

The Polestar Precept concept is going to debut next week at the Geneva Motor Show.

2021 Porsche 911 Turbo S leaked ahead of its Geneva debut