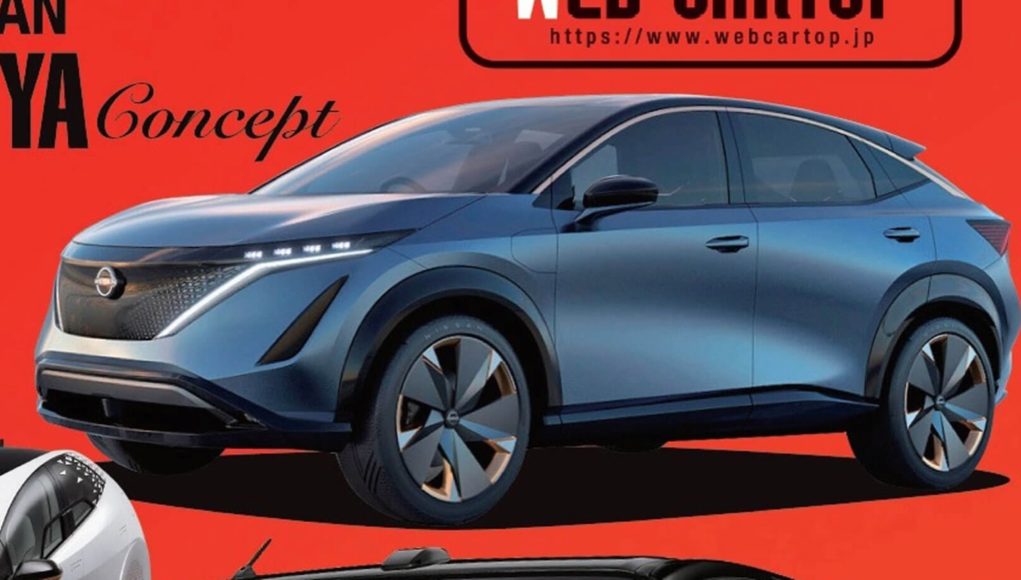 We’ve been wondering when Nissan will reveal its upcoming electric crossover and tomorrow we might get our first look. It’s being reported that Nissan is going to reveal the new Ariya concept tomorrow at the 2019 Tokyo Motor Show, which is a preview of Nissan’s next EV.

This single photo, comes to us from Japan’s Web Car and Creative Trend. We can see from this photo that the Ariya concept will borrow some styling cues from Nissan’s IMx and IMQ concepts. It’s expected to be about the same size as the Nissan Rogue, but since it doesn’t need the space for a conventional engine, the interior will likely be about the same size as the larger Murano.

We don’t have any official specs yet, but the Ariya concept is rumored to have a driving range around 300 miles. It’s also expected to get the next-generation of Nissan’s ProPilot technology. The production version is rumored to go into production in 2021.

Nissan Maxima might be replaced by an EV in 2022

Nissan’s third EV could be a large electric SUV

Nissan 400Z will eventually get a hybrid powertrain