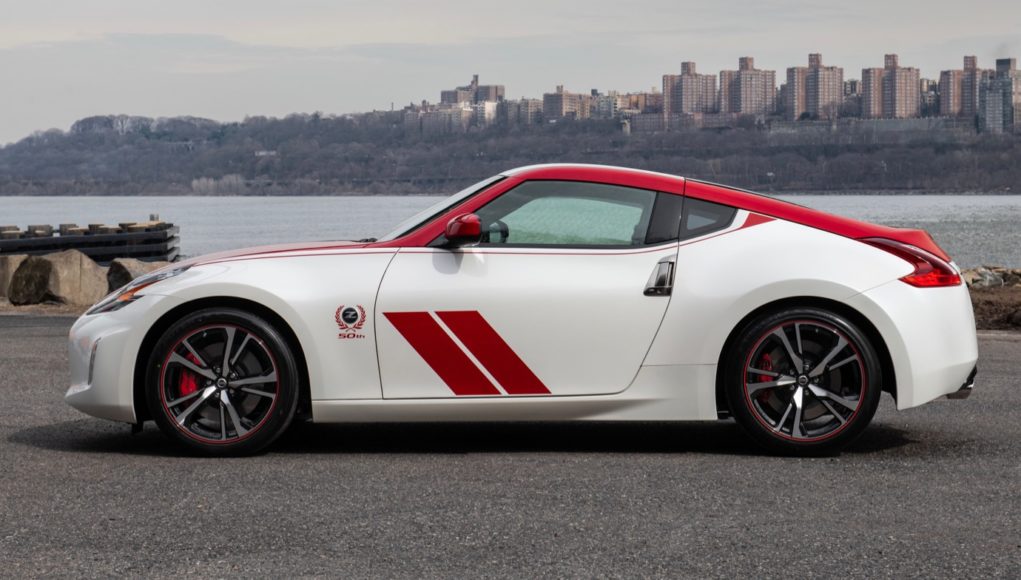 Nissan has confirmed that it’s working on a next-generation Z, but other than that Nissan hasn’t released any other details. Now it looks like sources have leaked some early details to Autoblog about what we can expect from the next Z.

According to sources that spoke with the publication, the next-generation Nissan Z will have a “heritage-inspired” design that will be inspired by the 240Z and 300ZX. “They’re going back to the roots of the car,” one source revealed. The overall shape of the next Z will be familiar, but at the front it’s face will look like the 240Z with a square mouth and rounded headlights. At the rear it’s taillights will be similar to the 300ZX.

Inside the next Z will finally have a modern interior with a an actual infotainment system.

Sources have also revealed that the next Z will borrow the 3.0-liter twin-turbocharged V6 from the Infiniti Q50/ Q60 400 Red Sport. The V6 will likely be mated to either a nine-speed automatic or a manual transmission. The next Nismo version will also reportedly have somewhere around 500 horsepower.

We still don’t know when the next-generation Z will debut but it’s probably about two years away.