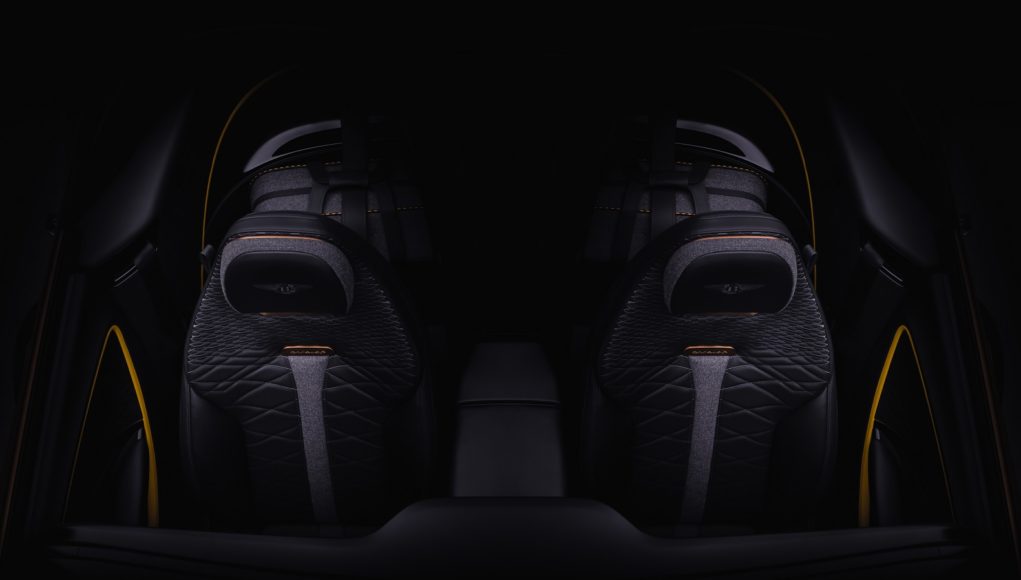 It’s kinda crazy but Bentley has only ever built one two-seater since 1930, but that’s about to change with the release of the Bentley Mulliner Bacalar. Bentley has released a teaser of its second two-seater, which is going to debut next week at the Geneva Motor Show.

Bentley isn’t ready to show us the exterior of the Mulliner Bacalar, but this single teaser photo gives us a preview of its interior. The Bentley Mulliner Bacalar not only features a two-seat layout, but the wraparound cockpit creates a luggage space behind the front seats. The luggage space is perfect for a bespoke pair of travel cases trimmed to match the interior materials.

We’ll have all the details on March 3.