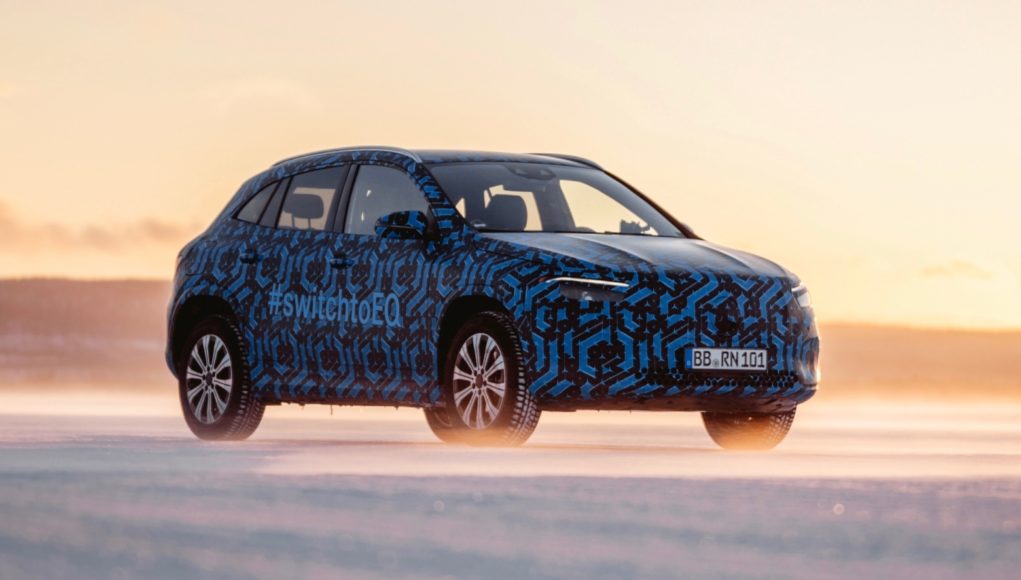 Mercedes-Benz gave us a preview of the entry-level electric EQA as a concept back in 2017 and now it’s released some teaser photos of the production version that is going to debut by the end of the year. The biggest change you’ll notice is that the GLA is not a three-door hatchback, like the concept and instead is a small electric crossover, in the form of an all-electric GLA.

Mercedes-Benz EQA prototypes are currently being tested on the snow-covered roads of Sweden, where the brand’s engineers are testing the thermal management of the battery and the interior, plus monitoring how the battery is being charging in the cold.

We don’t know what will power the EQA yet, but the concept was powered by two electric motors that generated a combined 268 horsepower and 368 lb-ft. of torque. It also featured a 60 kWh battery pack that gave the EQA concept driving range of 249 miles on the old NEDC cycle.