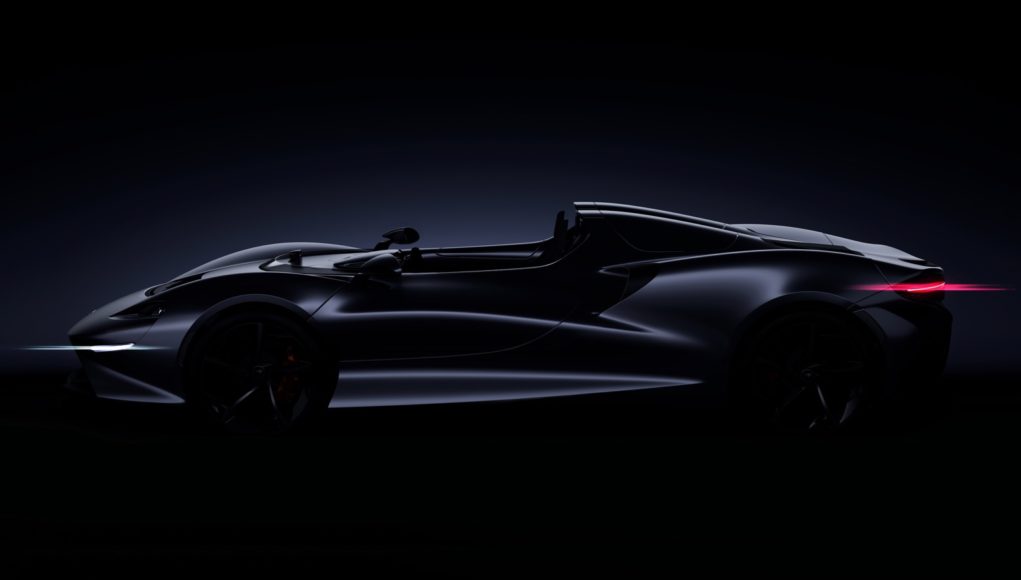 McLaren has revealed that its next Ultimate Series model will be a limited production roadster that will arrive in 2020.

Luckily McLaren has also released a teaser photo of the two- seat, open cockpit roadster, which was officially announced last night at the Pebble Beach Concours d’Elegance. McLaren hasn’t released any stats yet for the roadster, but it says that the roadster will offer “the purest distillation of road-focused driving pleasure and an unrivaled sense of driver connection with the surrounding environment.”

Although the roadster is not designed for the track, like the Senna, it will feature carbon fibre construction making it the lightest car ever produced by McLaren. It will also be powered by a version of the twin-turbocharged V8 engine that also powers the McLaren Senna.