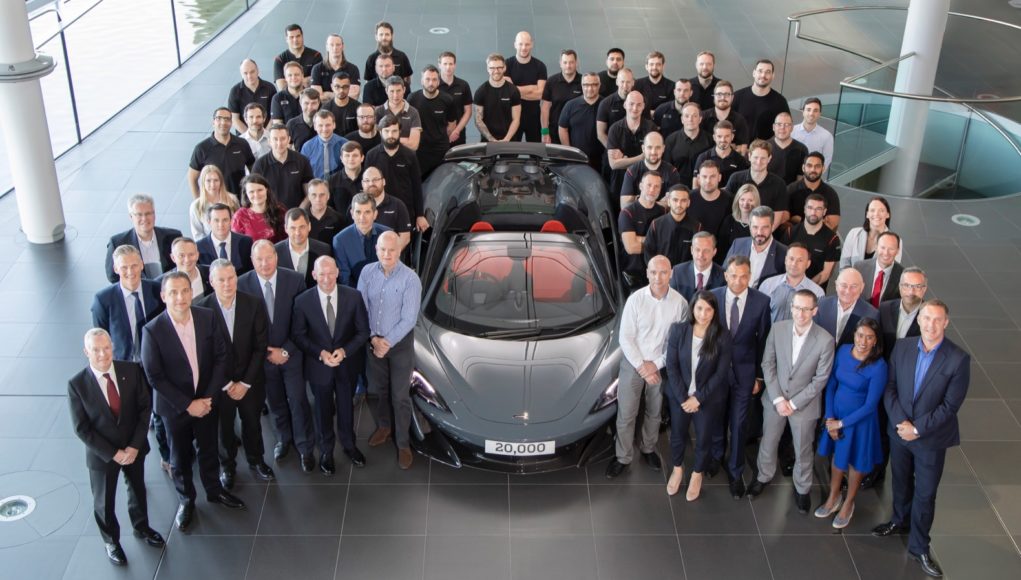 McLaren is celebrating production of its 20,000th car, which was a 600LT Spider in Chicane Grey that was built at its plant in Woking, Surrey.

McLaren recently announced that the 600LT Coupe is completely sold, but if you want a Spider, McLaren is still taking orders. McLaren also says that it although sales are increasing, it’s capping production to around 5,000 units a year into the next decade before increasing to 6,000 before the end of the current Track25 business plan.

“Achieving our 20,000th car built is an important milestone for McLaren Automotive. Last year we hand-assembled just over 4,800 cars and we plan to maintain around 5,000 cars a year for the immediate future,” stated Mike Flewitt, Chief Executive Officer for McLaren Automotive. “While demand for our products continues to grow, we aim to balance that to maintain exclusivity for our brand and our customers. It is fitting that we celebrate this achievement with a 600LT Spider which has been a huge success for us with all production slots for the coupe variant now sold out.”