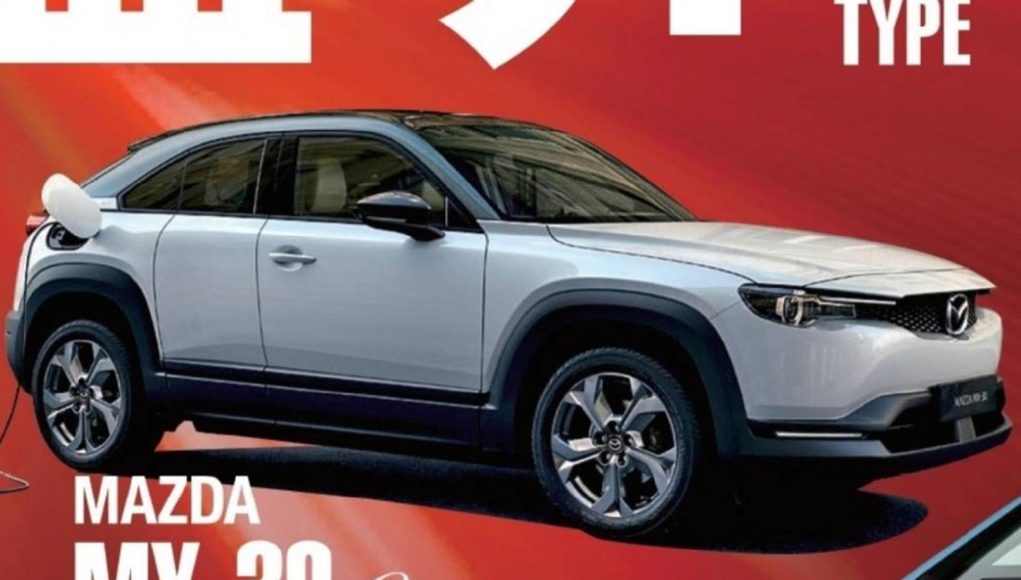 Mazda is going to preview its first electric car this week when it debuts at the 2019 Tokyo Motor Show, but thanks to a leaked photo we have an early look now. It’s called the Mazda MX-30 and just as we expected, Mazda’s first electric car will be a sleek crossover.

The single leaked photo of the Mazda MX-30 comes to us from the cover of Japan’s Web Car, which was sent to Carscoops. In addition to the coupe-like styling, the MX-30 also features unique rear doors with hidden door handles. Mazda says that the MX-30’s design is an evolution of its Kodo-Soul of Motion design language that previewed on the new Mazda3 with its “futuristic values and changing lifestyles”.

Mazda hasn’t revealed the specs for the MX-30, but it’s being reported that it will be powered by a 35.5 kWh battery and an electric motor with 141-hp and 195 lb-ft. of torque.

We’ll have the details soon, since the Mazda MX-30 is going to debut on October 23.

Mazda is celebrating its 100th anniversary with special edition models