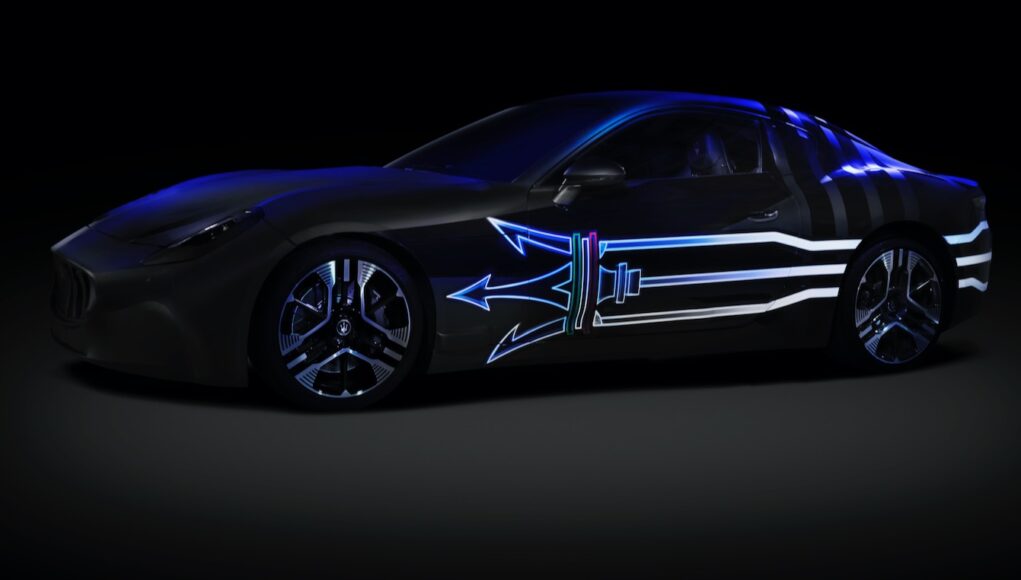 Maserati plans to transition its lineup to fully electric by 2030 as part of its new Folgore full-electric strategy. The first Maserati EV will be the GranTurismo, which is slated to arrive in 2023.

Maserati has released a few teasers of the electric GranTurismo, which Maserati says “will offer cutting-edge technical solutions derived from Formula E, superb performance, comfort and elegance, all typical of the Trident.” The GranTurismo EV will also have “way over 1,200 horsepower” giving it a 0-62 mph time around 2 seconds and a top speed over 186 mph.

Following the debut of the GranTurismo EV, Maserati has confirmed that its second EV will be the Grecale SUV in 2023. We’re going to get to see the Grecale debut on March 22 and it’s slated to arrive this summer. Maserati is also working on fully electric versions of the MC20, Quattroporte and Levante, which will arrive by 2025.