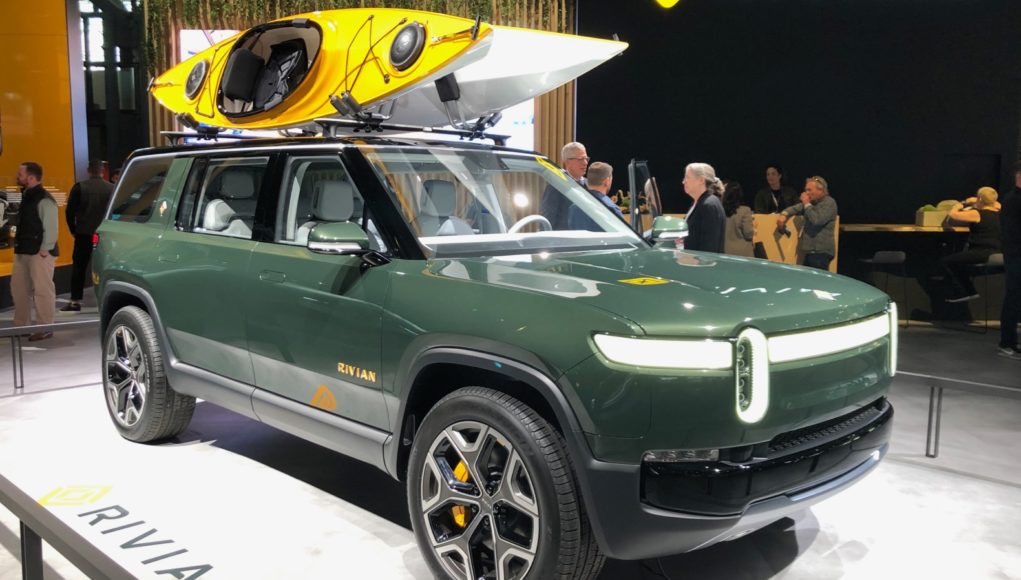 Ford recently unveiled the 2021 Mustang Mach-E electric crossover, but it isn’t stopping there. In April Ford announced that it is investing $500 million in the new EV startup, Rivian to co-develop a vehicle based on its skateboard-style platform. But up until now we haven’t had a clue about which brand will get the new EV.

A new report now claims that Lincoln is slated to get a new electric SUV that will be based on Rivian’s platform. Reuters received tips from unnamed sources that the Lincoln will release the new EV in mid-2022.

The platform is also the basis for Rivian’s R1T pickup and R1S SUV, both of which are slated to arrive in late 2020. Rivian claims that the R1S has a driving range over 400 miles and the electric powertrain has over 700 horsepower.

The Rivian-based EV is only one of possibly three Lincoln electric SUVs that are in the works. A compact electric SUV is reportedly going to arrive as early as late 2021, while a midsize SUV is slated to arrive in 2023.

Ford is making it easier to get your Amazon Prime packages

Lincoln Zephyr could replace the MKZ

2020 Lincoln Corsair will replace the MKC in New York