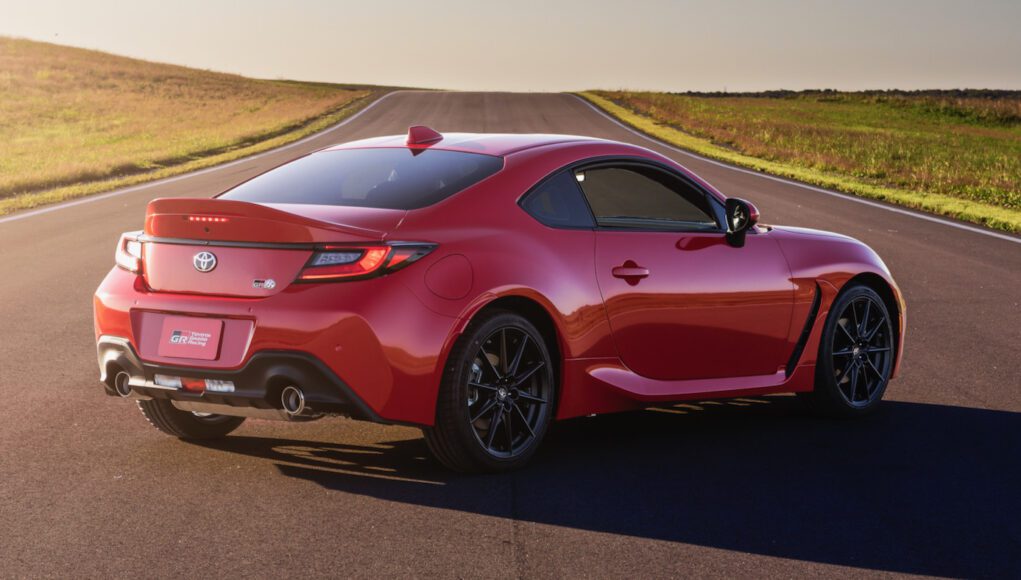 Here’s a crazy rumor. According to a report out of Japan, Lexus is about to get a sports coupe that will be based on the same platform that underpins the Toyota GR 86 and the Subaru BRZ. Spyder7 is reporting that the coupe will be called the UC, which starts for Urban Coupe.

The rumor also says that the Lexus UC will be a hybrid coupe. It will have reportedly use the same 2.4-liter flat four-cylinder as the 86 and BRZ, but it will get a hybrid system as well. The Lexus UC will be based on a stretched version of the GR 86’s platform, with Spyder7 stating that it will measure 177.2 inches long , compared to the GR 86 at 167.9 inches.

Inside the UC will get the latest Lexus infotainment system that debuted on the 2022 NX.

Lexus has not confirmed the report, so right now we just have to assume this is a crazy rumor. The idea of Lexus adding another coupe to its lineup seems unlikely due to how there isn’t much demand for coupes anymore.