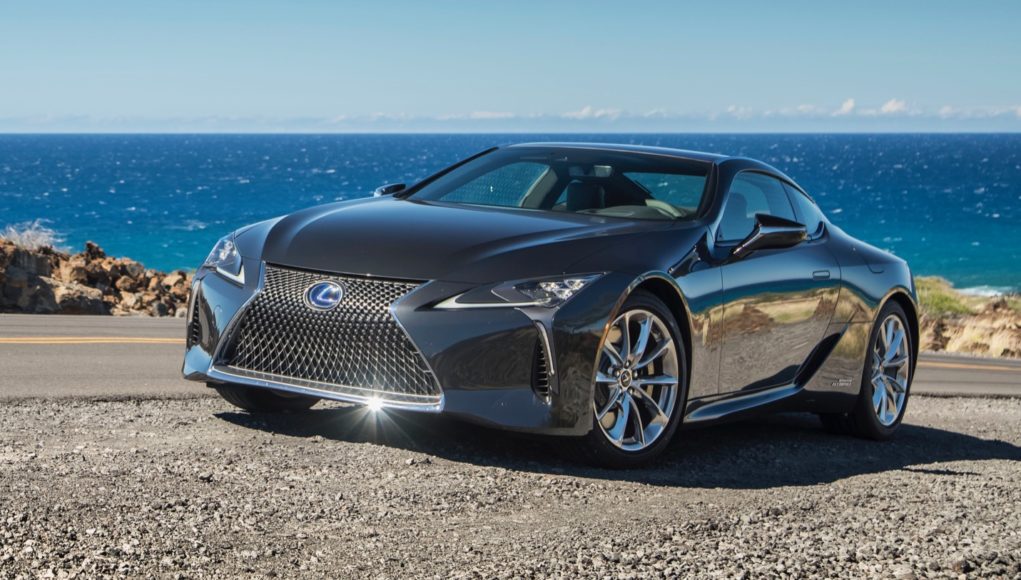 It’s not every day that you hear the words “sexy” and “hybrid” in the same sentence, but ever since the Lexus LC 500h entered the scene, that’s exactly what it is – a sexy hybrid. Even if the LC 500h has been on the market for a few years, it still manages to get all the attention and when you tell passersby that it’s also a hybrid, the conversation keeps going. Kudos to Lexus for its stunning flagship coupe.

The LC 500h is stunning at nearly every angle, just like the LF-LC concept that previewed it back in 2012. The LC 500h commands attention even when it’s just sitting in a parking lot, which is something you’d hardly ever say about pretty much every other hybrid on the market. It’s pretty cool how Lexus managed to make the LC look so close to the concept and even eight years after the concept debuted, the LC still looks futuristic.

Inside the interior is just as impressive and stylish with unique design details like the stitching pattern on the doors that proves that Lexus took its time to make sure every detail wasn’t overlooked. At the front there’s plenty of room for yourself and the lucky front seat passenger, but good luck trying to fit two of your friends in the back. But the lack of rear legroom means that the rear seat is best suited for the family dog or maybe your luggage. You’ll most likely end up using the rear seat to store your gear, since the LC 500h only has 4.7 cubic feet of cargo space, which is slightly less than you’ll get in the LC 500 at 5.4 cubic feet.

Lexus finally added Apple CarPlay, which has improved the infotainment system, but it’s still not easy to use thanks to the annoying touchpad.

Besides the electric powertrain, the LC 500h also has a neat transmission, which is essentially a continuously variable transmission (CVT) and an Aisin four-speed automatic combined into one. The transmission does without the typical drone that we loathe from most hybrids with a CVT, since when the engine it feels like a normal car with the stepped gears from the four speed-automatic. It’s not without faults though, since in the Sport or Sport+ modes, the “shifts” do feel a bit artificial and delayed. If you prefer more spirited driving, the LC 500h can’t match the V8 and 10-speed automatic that you get in the LC 500.

Even if the LC 500h comes in a bit heavier than the LC 500, it’s still fun to drive when the road gets a bit twisty. The LC 500h hugs the road and its steering is quick with a nice weight to it. In the Sport and Sport+ modes, the ride tightens up a bit more, but it’s never harsh.