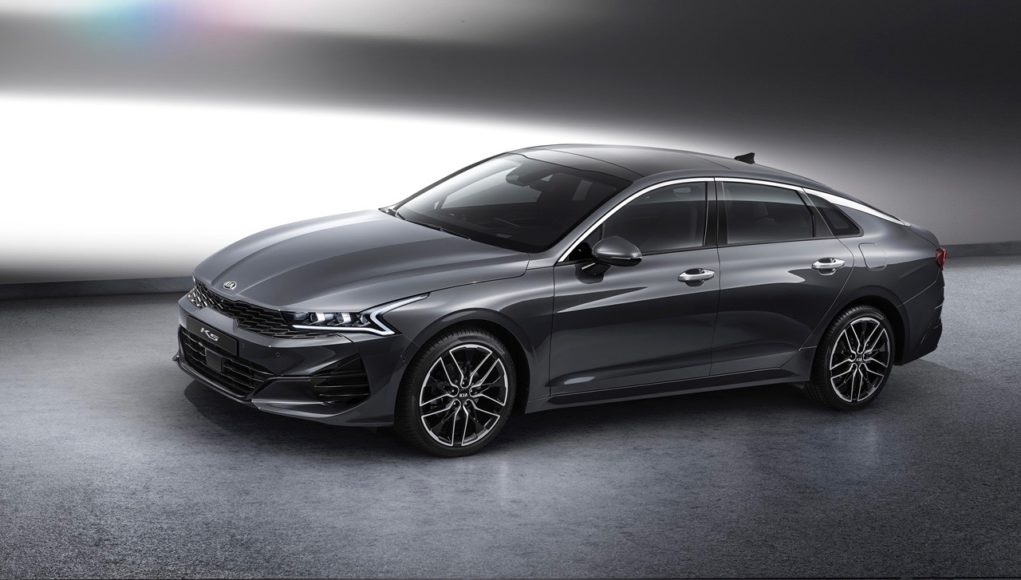 Kia has released the first images of the next-generation Kia K5, which is the KDM-spec version of the Optima. We don’t know when Kia plans to reveal the US-spec 2021 Optima, but at least now we have a pretty good idea of what it will look like.

Just like its cousin, the Hyundai Sonata, the redesigned Kia Optima now has more style than any previous generation. The 2021 Optima is longer than its predecessor by almost two inches and it’s also almost an inch wider. To give it a sleeker more coupe-like profile the new Optima is almost an inch shorter, but its 1.8-inch longer wheelbase should give it a bit more interior room.

On the outside Kia now calls the new K5/ Optima a fastback sedan with a sloping roofline that may lead you to think that it has a liftback like the Stinger, but instead it still has a traditional trunk. The new Optima looks the part with its stylish LED headlights that are similar to the Cadenza and its LED taillights that span the entire width of the rear.

The new K5 will go on sale in South Korea next month, but Kia has not announced when the 2021 Optima will arrive in the US.