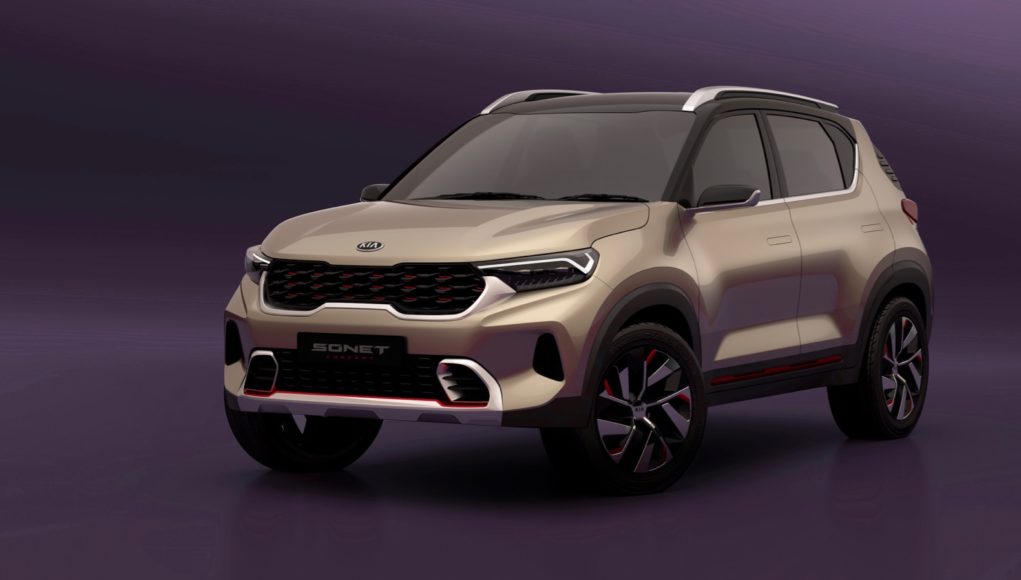 Kia has unveiled its newest concept, the Sonet concept at Auto Expo 2020 in India. The Sonet concept is a preview of a new compact crossover that will go on sale in India in the second half of 2020.

The Kia Sonet concept is a tiny crossover that Kia says is targeted “at a demographic that is always connected to the world in more ways than one, the Sonet is designed to exceed customers’ lifestyle and technology expectations.” It will be even smaller than the new Stonic, which is already small.

Inside the Sonet features a 10.25-inch infotainment and navigation system with UVO Connect, and a Bose premium audio system. Kia hasn’t revealed what will power the Sonet, but it does say that it will feature “an intelligent manual transmission.”

The Kia Sonet will be a global model, which means that we’ll see it arrive in other markets besides India, but Kia hasn’t announced which countries will get it.