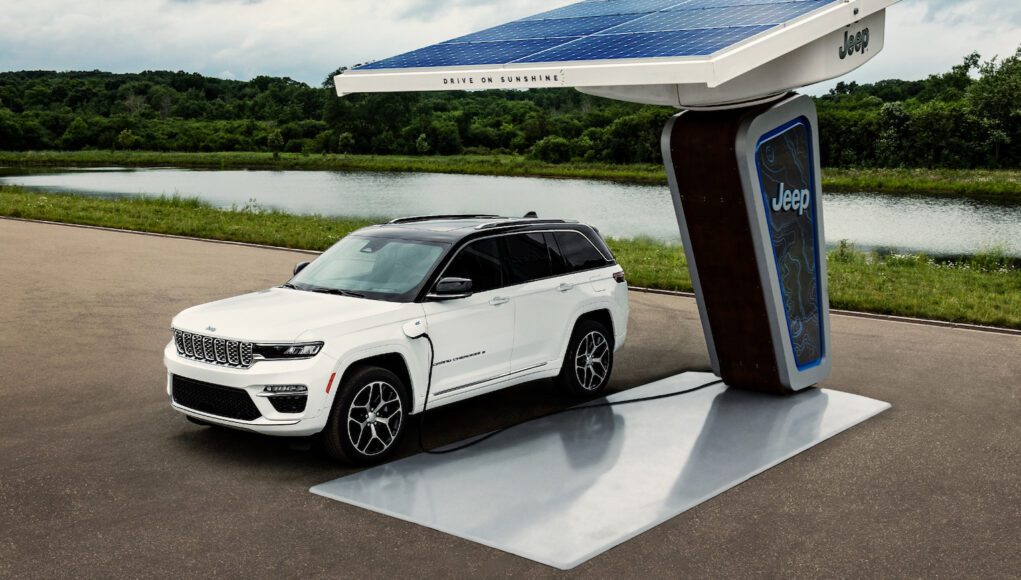 Today Stellantis has announced several of its plans to electrify its expansive lineup, which includes 14 brands. Now we have our first look at the 2022 Jeep Grand Cherokee 4xe plug-in hybrid.

Jeep hasn’t released any specs, but the Grand Cherokee 4xe will debut at the New York Auto Show next month. Jeep says that the full range of the new Grand Cherokee lineup will be at the show, which also means the five-passenger version.