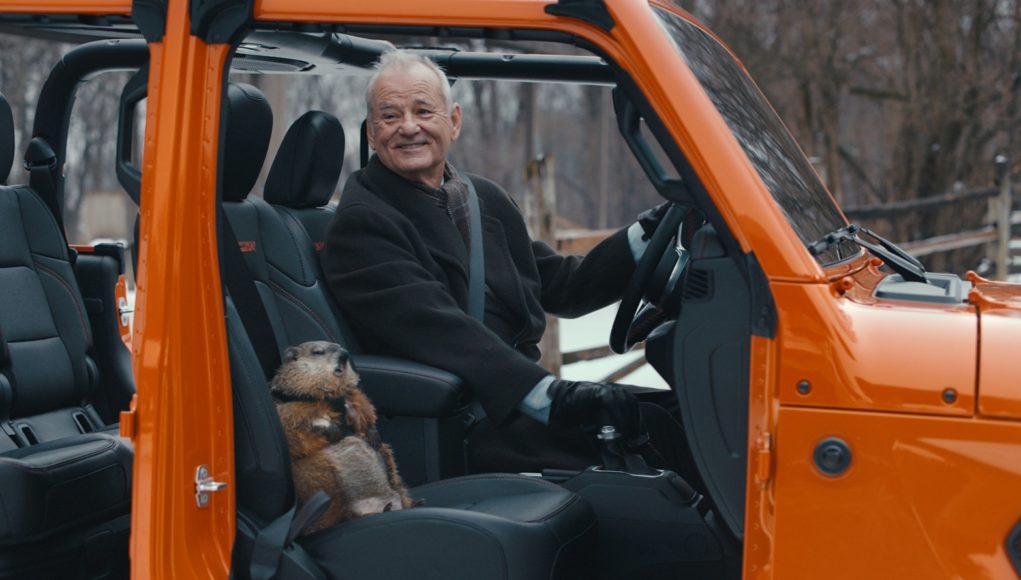 For today’s big game, Jeep has is going to air a 60-second spot during the Super Bowl that features Bill Murray reprising his role as Phil Connors from the 1993 film “Groundhog Day.” In the commercial, Phil Connors uses the help of the Jeep Gladiator as his “getaway vehicle” after taking the groundhog.

The commercial starts as the clock turns 6:00 a.m and “I Got You Babe” by Sonny & Cher starts playing, just like the scene from the film. Phil Connors himself suddenly sits upright in bed, twenty-seven years later, he realizes he’s stuck in Punxsutawney once again.

“In my wildest dreams, any advertiser’s dream, really, could you dare to believe that Bill Murray would agree to be in your Super Bowl commercial, and on top of that, ask him to relive his iconic role in ‘Groundhog Day’?,” said Olivier Francois, Chief Marketing Officer, FCA. “How do you even have that make sense and not be forced? Magic first happened when I had the incredible luck to meet Bill in person a few years ago, and I knew then that he was perfect for Jeep. Because like Jeep, Bill is a free spirit, he intentionally seeks out ways to find adventure and live an extraordinary life.”

“When we learned that Groundhog Day fell on Super Bowl Sunday for the second time in 54 years, we couldn’t help but take that chance. The stars magically aligned. Bill agreed to do the first national broadcast commercial in which he’s ever appeared, and not only that, relive his role as Phil Connors for our Jeep Gladiator. But this time, in our spot, the hero makes a different choice by choosing a different pick-up truck – the Jeep Gladiator – and it changes everything for him.”

“This is my first commercial. I’m glad I did it with you (Jeep),” said Bill Murray. “And I’m glad that this is my last commercial, as well.”