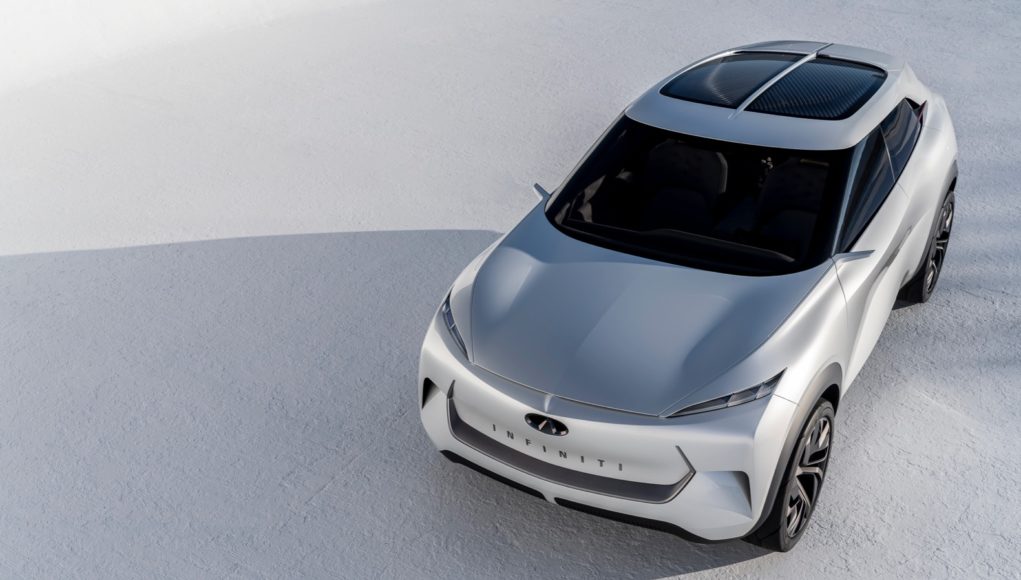 Infiniti is gearing up to introduce a lineup of new electrified vehicles and it’s previewing its first fully electric model with the debut of the QX Inspiration concept.

The Infiniti QX Inspiration concept is an electric crossover that previews the brand’s future. The concept is based on a new platform that’s been designed for Infiniti’s future electric cars, but Infiniti has stopped short of revealing any juicy specs, like its driving range. Since it does offer all-wheel drive, the electric powertrain consists of at least two electric motors, but other than that we don’t know anything else.

“The QX Inspiration marks the beginning of a new generation of Infiniti cars and establishes a direct blueprint for the brand’s first electric vehicle,” stated Infiniti’s president Christian Meunier. “Based on a new, dedicated electric vehicle architecture and inspired by Infiniti’s Japanese DNA, the SUV concept previews a product portfolio which will offer high performance, ultra-low emissions, and total range confidence.”