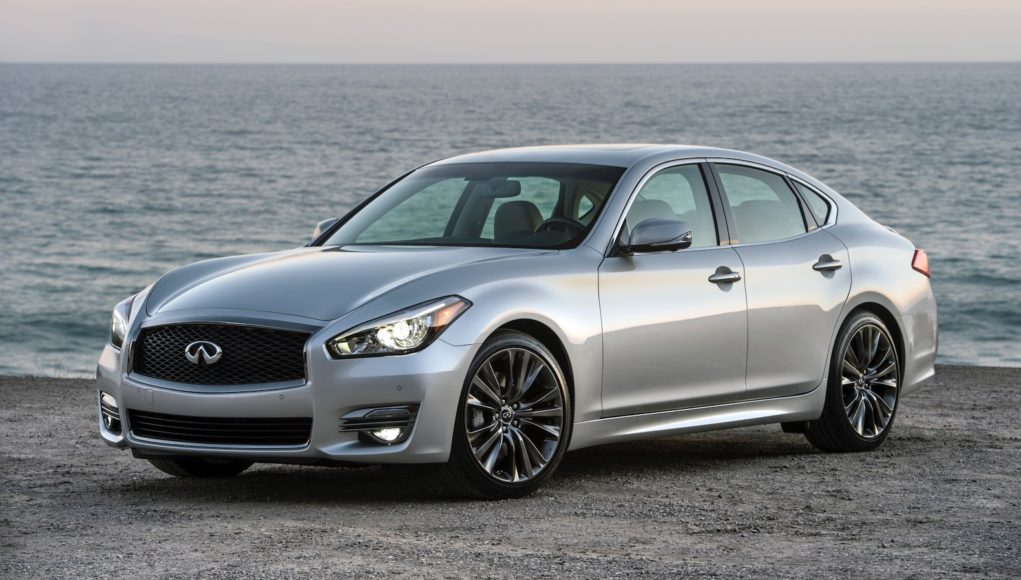 Infiniti has killed off the Q70 sedan after the 2019 model year. The flagship Q70 was supposed to take on models, like the Audi A8, BMW 7 Series and Mercedes-Benz S-Class, but sales have continued to decline as buyers continue to flock to crossovers. Last month Infiniti only managed to sell 149 Q70 sedans.

Infiniti confirmed the bad news to Motor Authority. The decision to kill off the Q70 for the 2020 model year, follows last year’s decision to stop making the hybrid version of the Q70. In a statement, Infiniti spokesman Kyle Bazemore stated that Infiniti will, “continue to focus on consumer demand with a line of sport utility vehicles, while also remaining committed to the passenger car market with the Q50 sports sedan and Q60 sports coupe.”

It isn’t known yet if Infiniti is planning a successor to the Q70, but it could be replaced by a new electric sedan.