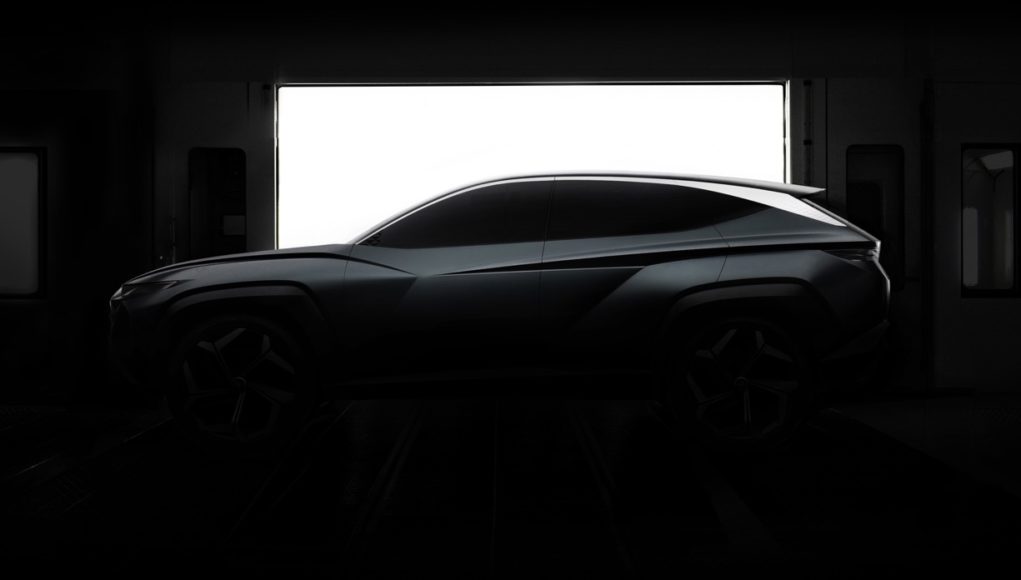 Hyundai is going to reveal a new plug-in hybrid SUV concept next week at the 2019 Los Angeles Auto Show. Hyundai has released some teasers of the compact SUV concept, but while it’s currently labeled as a concept, there’s a good chance that it could be a preview of the next-generation Tucson.

Based on the teasers, we can see that the SUV concept is a stylish crossover with sharp creases and a sleeker profile. In addition to previewing the next Tucson, the plug-in hybrid portion could also preview a plug-in hybrid version of the new Tucson.

We don’t know when Hyundai plans to reveal the next-generation Tucson, but if the concept is indeed a preview of the new Tucson, we can see that it will be a lot more stylish than its predecessor.